"Ultimately, I try to improve the quality of life for people…I do it through karate, arts, and business. They might sound unrelated, but all three are about getting over mental blocks, and finding joy from solving problems and moving forward." —Eric Eisenberg 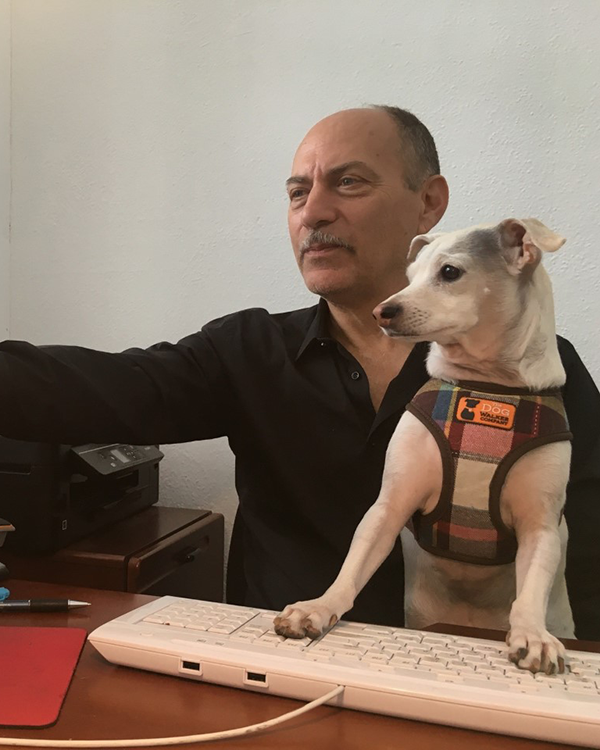 Eric Eisenberg was born in Los Angeles and raised by his actress mom. He saw a lot of community theater, with his brothers in tow, and took part in countless fundraisers and telethons—most notably, the Variety Club. Eisenberg was an actor early on, then transitioned into the visual arts as an artist and gallery owner in Venice, California, becoming part of its 1980s-era street art scene. He’s an avid horseback rider and dirt biker, but his main passion and focus is as a martial artist, practicing and teaching every week at a dojo in Little Tokyo.

As the years passed, Eisenberg also became passionate about the historic restoration of real estate and communities. He has revitalized properties in Hollywood, Venice, Angeleno Heights, Seattle, and Pueblo, Colorado. But these days, his company the Renaissance Group works well outside the boundaries of a single home or office building. "Now my business is neighborhood urban redevelopment," he said. "We bring new jobs, arts and culture, reductions in crime, thus improving the quality of life for the community."

For the last 17 years, downtown San Pedro has been Eisenberg’s main project area. He knew the boarded-up storefronts could be revitalized, and founded the San Pedro Historic Waterfront Business Improvement District in 2008. Today, he takes great pride in San Pedro’s transformation. He talks about its arts history, like the WPA-era mural by Fletcher Martin inside the U.S. Post Office as well as the city’s newer arrivals—the gallery Pixels with student photography, and Findings art gallery, which spotlights the artwork of 1960s social justice activist and artist, Corita Kent. He says he smiles every time he drives by individual pieces of the San Pedro mosaic, such as the Art Deco 7-Eleven on Pacific Avenue, a project he worked on while chairing the Community Redevelopment Agency’s (CRA) design advisory review board.

For almost two decades, Eisenberg has been very involved in government commissions and advisory boards at agencies including the CRA and the Los Angeles Department of Transportation. He’s serving as a college trustee at Marymount California University and the Port of Los Angeles High School. Back in the early 2000s, when now-Supervisor Janice Hahn was a member of the LA City Council, they both shared similar goals for San Pedro’s revitalization. "My main expertise is figuring out solutions to problems," Eisenberg said. "I put together architects, designers, artists, and developers together so it’s a win-win for everybody and good for the community."

Hahn moved from City Council to the U.S. House of Representatives, and upon retiring from Congress, ran for the LA County Board of Supervisors and won. She appointed Eisenberg an Arts Commissioner in 2016. He has served as the Commission’s president twice—his latest one-year term began in April 2022.

In Commission work, he’s passionate about strengthening pathways to jobs in the arts. "I know people from underserved communities that never considered a career in the arts, that couldn’t pursue their visions. That’s why I like the Department of Arts and Culture’s Arts Internship Program, and why I think it needs to grow. If the pathways are stronger, these dream jobs can become careers."

Eisenberg also believes in the Department’s work to bring the arts to people involved in the County’s carceral systems. "When a person is incarcerated, they have a hard time being themselves. They have to wear a mask. The arts help them maintain a sense of self, and feel connected to the bigger world."

"Ultimately, I try to improve the quality of life for people," Eisenberg said. "I do it through karate, arts, and business. They might sound unrelated, but all three are about getting over mental blocks, and finding joy from solving problems and moving forward."