"Bringing people to the table is what it’s always been about because then we can all celebrate. It’s not about one person or one thing, it’s about all of us." —Arts Commissioner Helen Hernandez 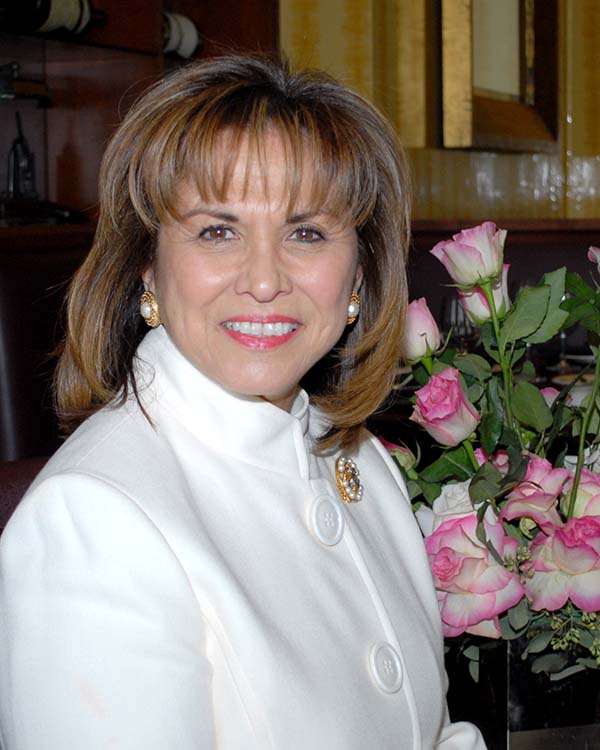 Helen Hernandez is a community advocate at heart. Born in Azusa, she was the oldest daughter of 12 children—inheriting a passion for service from her family, and a fierce sense of determination. "We didn’t have much. My dad was a plumber, and he struggled to give us all a good Catholic school education. So, I always took every opportunity because I never felt like I had anything to lose."

Helen began her career as a labor union organizer for the United Furniture Workers of America (UFWA) and the American Federation of Labor and Congress of Industrial Organizations (AFL-CIO), and she was trained at the George Meany Center in Washington, D.C. (established as a training center by the AFL–CIO in 1969 to strengthen union member education and organizing skills). She won dozens of union representation elections in Los Angeles and other parts of the country, and was the first female Western Regional Director of UFWA.

In the early 1980s, she became friends with now-County Supervisor Hilda Solis. Solis worked for United Way at the time, and wanted to talk to Helen about partnerships with labor. They were rear-ended as Helen drove them to lunch, and she jokes they have been connected ever since.

As Helen’s network continued to grow, a friend told her about an entertainment industry job—the Director of Public Affairs for Tandem/T.A.T. Communications, co-founded by Norman Lear, which created barrier-breaking shows All in the Family, Maude, Sanford and Son, Good Times, The Jeffersons, and One Day at a Time, among many others. "I was a union organizer. I didn’t even watch TV!" Helen says. "I told my friend I didn’t have the skill set. But they wanted someone with a community focus, and they hired me. The rest is history."

In 1983, Helen was promoted to Vice President, serving as the company’s spokesperson and director of corporate giving programs. She also began to work with producers and writers to ensure accurate portrayals of diverse groups in the media, and fair representation of social issues. It wasn’t easy. "The unions were a piece of cake compared to entertainment," Helen says. "It’s a challenging business and a 'revolving door,' in terms of people coming and going. I think that I wasn’t seen as a threat to anyone on the creative side, because I always reinforced my role as a community advocate. I got to play a very unique role, that I think enhanced the creative process and provided a positive cultural image for the company."

She did just that. Among the programs she established, working with Lear during these years, was the Imagen Foundation, of which she’s president and founder, and the Imagen Awards, now in their 37th year, which she executive produces. They have become one of the most prestigious Latino awards in the entertainment industry. "Entertainment chose me, I didn’t even know it existed. The most beautiful thing that happened over the course of the years in creative industry, even more so than Imagen, are my relationships. Norman Lear has been a mentor and a friend. The trust and confidence he had in me is not something I take lightly. I do not take lightly the people that have given me opportunities."

The other friendship that shaped her career was with Hilda Solis, who like Helen, was born and raised in the San Gabriel Valley. Solis was elected to the Rio Hondo Community Board of Trustees, then the California State Assembly, then the State Senate, and then onto the White House as the Secretary of Labor under President Barack Obama. Helen and her husband attended Obama’s swearing-in ceremony, during which Helen she organized a multi-cultural event celebrating diversity and, working with the Congressional Hispanic Caucus, developed an annual program that honored senior Latino entertainment executives. "When Hilda was Secretary of Labor, she was always bringing people into the office, always trying to open career doors for diverse people,”"Helen says. "I feel the same way. Job placement is so important. You can’t change anything from the outside, you have to do it from the inside."

In 2015, Solis was elected to the Los Angeles County Board of Supervisors, and appointed Helen as a Commissioner of the Los Angeles County Arts Commission (now the Department of Arts and Culture). In 2017, Helen was also tasked by the Board to co-chair the Advisory Committee for the Cultural Equity and Inclusion Initiative, the mission of which is to provide the arts to all LA County residents. Through a two-year long public engagement process, the Arts Commission and the Advisor Committee developed of 13 recommendations to ensure that the County’s 10 million residents have equitable access to arts and culture. To date, six of the proposed recommendations have been enacted.

Today, Helen serves on the Boards of the National Parks Conservation Association and the Public Media Group of Southern California (PBS SoCal/KCET). She’s a member of the President’s Council of Cal State University—Los Angeles and The Academy of Television Arts and Sciences, which produces the Primetime Emmys. But she says her work on the Cultural Equity and Inclusion Initiative and co-chairing its Advisory Committee, hands down, are her greatest sources of pride. “When you look at what we’ve done in seven years, you can see everything from developing and passing the Countywide Cultural Policy, to increasing funding for the Arts Internship Program, to increasing funds for the Organizational Grant Program—you can go down the list. The most important thing is that we brought community to the table and got their input on how we can improve cultural equity in LA County. Bringing people to the table is what it’s always been about because then we can all celebrate. It’s not about one person or one thing, it’s about all of us.”