"I just wanted jobs that involved my mind, that had creativity in them, and allowed me to be in the arts community in bigger ways—as an artist or behind the scenes. I take pride in that." —Pat Gomez 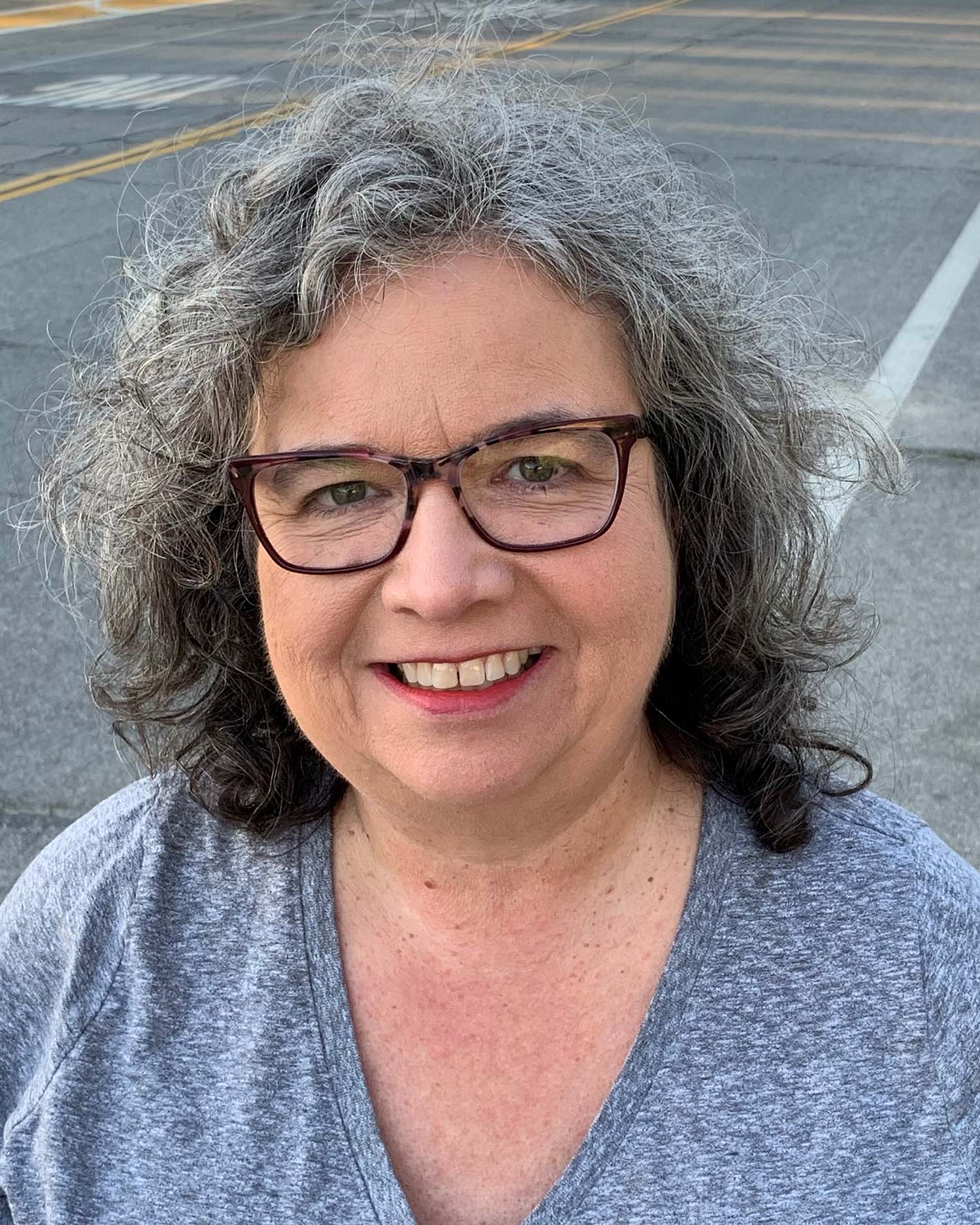 In the game Six Degrees of Kevin Bacon, players connect one actor to a second actor, via a movie they have both appeared in, and repeat the process with one new actor per round, competing to find the shortest path leading to Kevin Bacon. The driving principle of the game is, any actor in any film can be linked to Bacon within six steps.

Project Manager Pat Gomez’s occasional nickname in the Civic Arts Division is the Kevin Bacon of the LA Public Art World because similar to Bacon, she’s worked with a lot of people—and if she hasn’t worked directly with a particular artist or an arts administrator, she’s only a few degrees away from working with someone who has.

Circles and coincidences are common themes in Pat’s life. She was born in the San Gabriel Valley, in what used to be a maternity hospital in Alhambra. She has lived all over Orange and Los Angeles counties, and now is back in the San Gabriel Valley again, seven miles from where she grew up. The maternity hospital where she was born is now a convalescent home, so the jokes write themselves.

As a young Chicana visual artist, working through a bachelor’s and a master’s at Cal State Fullerton, and in the years that followed, Pat didn’t much care how she paid the rent while she made art. But during a challenging stint as a fine art preparator, she had a career epiphany. I realized I did care what I did for a living, she said. I cared that I was respected, and that I wanted to make a difference in the world at my job.

At the produce section of her grocery store, Pat ran into an old Cal State Fullerton friend who told her about an opening as an admissions counselor at the (now) Otis College of Art and Design. He was insistent, and she, post epiphany, was looking for a career with more impact. So she applied for, and got, the job, in which she traveled to underserved high schools all over the country and tried to introduce the concept of art school.

She had only just begun. After Otis, Pat worked in the Community Arts Partnership at Cal Arts, directed special events at the Huntington Beach Art Center, and was the Associate Director at Self Help Graphics. She spent 11 years at the City of Los Angeles Department of Cultural Affairs, managing the Art Collection, Private Arts Development Fee, and Murals programs. While at the City, she oversaw a three-year project that appraised, catalogued, and conserved, when necessary, a 1,600-piece collection valued at over $20 million. She was also on the team that wrote the City’s Murals Ordinance, and she oversaw the restoration of 13 Olympics murals on the 101 Freeway. She went on to work at Metro, managing public art projects in rail and bus facilities. From there she managed another arts center in Orange County, and when she moved back to LA, came to her position at the County.

Pat has also been active in arts nonprofits. She helped produce the nonprofit Foundation for Art Resources’ FAR Bazaars, epic art events in the 1990s that art stalwarts talk about still. She was heavily involved in NewTown, a nonprofit consortium of artists and arts administrators operating under the tagline, a persistent weed in the garden of art. NewTown curated temporary installations in the Pasadena area, at which spectators might happen upon a cluster of women in wedding dresses reciting Elizabeth Barrett Browning poetry or a guy using cactus to perform John Cage works.

When she arrived at the Department of Arts and Culture in 2019 as a project manager, the Public Art in Private Development Ordinance (PAPD), which allocates a 1% fee of an eligible building’s valuation to fund public arts, was taking shape. Pat says she came in with an eye on the ordinance, and the quiet confidence that after 11 years overseeing a similar program at the City of LA, there was nobody with the same experience. I believe that the ordinance is way of bringing unexpected arts experiences to people in their daily lives. These are developments that are a part of the daily fabric—housing, stores, public facilities. For these sites to be art saturated in a place like LA County makes me excited.

She also likes talking to developers. I like brainstorming with them and helping them figure out what they want to do, what would be a benefit to them and the community at the same time. Everybody thinks it’s a statue. It can be so much more than a statue—an event or festival, a community program, a cultural facility. It’s helping them to see the possibilities and open their minds to what art can be.

Today, Pat has her artwork in public and private collections, and at LACMA. She found out recently there was a Wikipedia page about her, chronicling her early Chicana art. She still draws, consults on public art policy for Orange and Ventura county municipalities, and appears on panels and works with nonprofits. She’s grateful that the County’s PAPD Ordinance lets her exercise her passion, the same one that’s motivated her for over 30 years—creating opportunities for artists. I just wanted jobs that involved my mind, that had creativity in them, and allowed me to be in the arts community in bigger ways—as an artist or behind the scenes. I take pride in that.