PLEASE NOTE: This event has passed.

In this time of heightened activity and urgency, we invite you to join us for a half-day of learning and discussion on the role of arts and advocacy. We will cover the legal rules of the road for arts organizations to engage in legislation, campaigning, and lobbying at the federal, state, and local levels—not only at election time but throughout the year on issues ranging from public health, social justice and racial equity, arts recovery, and community investments in arts and culture.

We will also hear from nationally recognized Los Angeles artists Patrisse Cullors, Lauren Halsey, and Luis Rodriguez, on the role of advocacy, justice, and community making in their vision, their work, and the organizations they lead in a conversation moderated by Alberto Retana. President and CEO of Community Coalition.

The goals for this engagement are to share knowledge, build community, and hold space for leaders and organizations that are deeply involved in arts advocacy work, specifically those led by and serving communities of color.

The Department seeks to highlight creatives and artists as changemakers and visionaries who reflect our current conditions, illuminate an alternative path forward and provide the inspirational stamina that can mobilize and nourish communities as we look ahead to 2021. 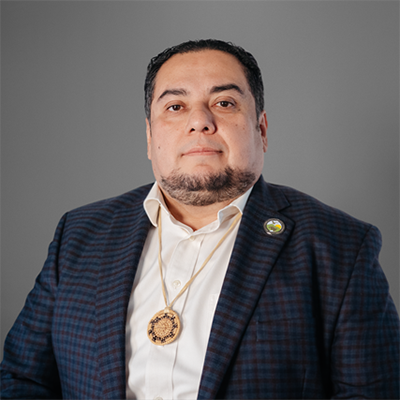 He is a member of Siutcabit, the lineage of present-day Encino, CA. His ancestors come from the villages that originated in the geographical areas of Santa Clarita Valley, Simi Valley, and San Fernando Valley. His great-grandfather Antonio Maria Ortega, from whom he receives his role as tomiar, traditional leader, fought in Los Angeles Superior Court in the 19th century to preserve traditional lands and protect the Tribe’s title to Mexican land grants from encroaching Anglo-settlers. His father, the late Rudy Ortega Sr., served as the previous leader of the Tribe for over fifty years and was elected to the Los Angeles City/County Native American Indian Commission (LACCNAIC) in 1977. Following his father's leadership, Ortega Jr. was appointed to the LACCNAIC by Mayor James Hahn in 2004 and currently serves as Vice Chair. 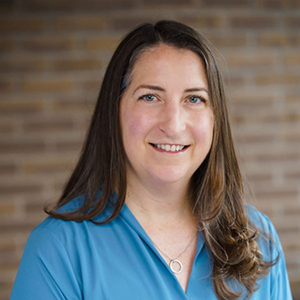 Nona leads Alliance for Justice’s Bolder Advocacy work in California. She supervises AFJ’s California team and ensures that AFJ offers expert training, resources, and technical assistance to support nonprofits and foundations conducting advocacy in our state. She is a thought leader who directs advocacy efforts to protect nonprofit advocacy rights and builds relationships with key partners.

Nona previously served as Directing Attorney at the Legal Aid Foundation of Los Angeles, where she and her team represented nonprofits in community economic development, land use, tax, real estate, and corporate matters. She also has experience in policy advocacy, employment law, strategic planning, and organizational capacity building. Before working at Legal Aid, Nona was a litigator at the Los Angeles office of Skadden, Arps, Slate, Meagher & Flom LLP.

Nona earned her law degree from Georgetown and bachelors’ degrees in International Relations and French from the University of Southern California. She is on the board of Strategic Actions for a Just Economy, a member of the LA Council on Immigrant Integration, and served on the City of Los Angeles Workforce Investment Board for over a decade. She has also taught Public Policy and Law at the University of Southern California.

Fight for the things you care about but do it in a way that will lead others to join you. —Justice Ruth Bader Ginsburg, aka, the Notorious RBG 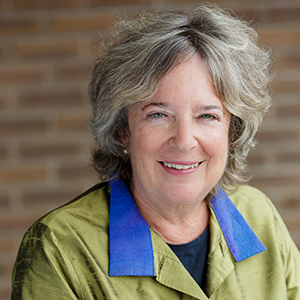 Nan Aron is the founder and president of Alliance for Justice (AFJ), the leading progressive advocacy organization on justice issues since its inception in 1979. Under Nan’s leadership, AFJ has grown to become a national association of more than 130 groups representing a variety of progressive constituencies. At present, AFJ comprises two main programs, the Justice Program and the Bolder Advocacy initiative. 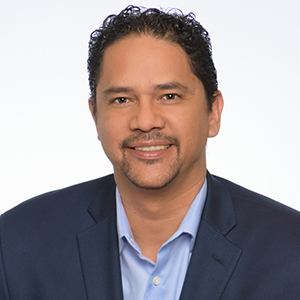 Alberto Retana is the President and CEO of Community Coalition, a mass based nonprofit organization in South Los Angeles that empowers residents to transform their communities, improve education, and reimagine public safety.

Alberto’s leadership has been recognized by Los Angeles Business Journal’s as one of LA’s 500 Most Influential People, and ACLU’s Educational Equity Award. He is currently on Advancement Project California’s Board of Directors. Alberto also completed Rockwood’s Leading from the Inside Out fellowship in 2017 and the Atlantic Fellowship for Racial Equity in 2018.

"I selected this piece because it was a formative part of my political awakening as a teenager— it is a song shared to me by my older brother on the meaning of homeland— a piece to keep me rooted in my history, my people, and my family." — Alberto Retana

You surprised me with your question Me
sorprendió con su pregunta

Homeland, there are so many beautiful things!
Patria, son tantas cosas bellas!

It is his dark hope: it is what he carries in his soul
Es su esperanza morena: es lo que lleva en el alma

Everyone when he walks away
Todo aquel cuando se aleja 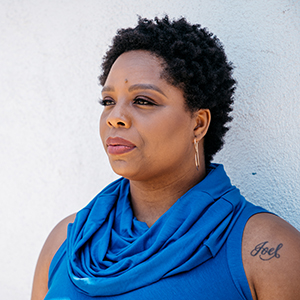 Patrisse Cullors is an artist, organizer and freedom fighter from Los Angeles. The co-founder of Black Lives Matter, Cullors completed her MFA at USC’s Roski School of Art and Design in 2019. In 2020, she designed an online MFA program with Prescott College. The Social and Environmental Arts Practice program combines art, social justice and community organizing. Art and activism have been intricately intertwined in her work and in her repertoire of intimate theatrical and movement based performances, her work seeks to offer respite to Black and Brown folks on the margins, while asking audiences to imagine portals for liberation and healing. 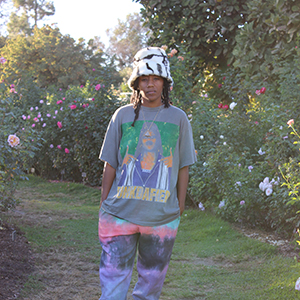 Lauren Halsey (b. 1987, Los Angeles) is rethinking the possibilities for art, architecture, and community engagement. She produces both standalone artworks and site-specific projects, particularly in the South Central neighborhood of Los Angeles. Combining found, fabricated, and handmade objects, Halsey’s work maintains a sense of civic urgency and free-flowing imagination, reflecting the lives of the people and places around her and addressing the crucial issues confronting people of color, queer populations, and the working class. Critiques of gentrification and disenfranchisement are accompanied by real-world proposals as well as a celebration of on-the-ground aesthetics. Inspired by Afrofuturism and funk, as well as the signs and symbols that populate her local environments, Halsey creates a visionary form of culture that is at once radical and collaborative.

Lauren Halsey has presented solo exhibitions at David Kordansky Gallery, Los Angeles (2020); Fondation Louis Vuitton, Paris (2019); and the Museum of Contemporary Art, Los Angeles (2018). She participated in Made In L.A. 2018, Hammer Museum, Los Angeles (2018), where she was awarded the Mohn Award for artistic excellence. Her work is included in the collections of the Hammer Museum, Los Angeles and the Museum of Contemporary Art, Los Angeles. Halsey was the recipient of the 2019 Painter and Sculptors Grant from the Joan Mitchell Foundation, New York. In 2020, Lauren Halsey founded Summaeverythang Community Center and is currently in the process of developing a major public monument for construction in South Central Los Angeles, where she and her family have lived and worked for generations.

"A call to action. A meditation on where I hope to land." —Lauren Halsey 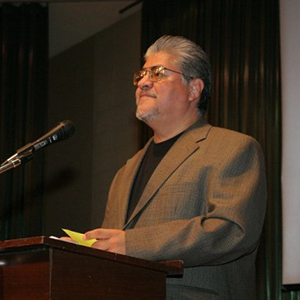 Luis J. Rodriguez has been an arts advocate since his teens—working as a muralist, a photographer, and eventually as a writer. He has worked with gang and other troubled youth for 50 years, including in East Los Angeles, South Central LA, the Mission District, and Chicago. For 40 years, he's done poetry readings, talks, healing circles as well as creative writing classes in prisons, jails, juvenile lockups, and parolee housing. An award-winning journalist, poet, fiction writer, essayist, and children's book writer, he has 16 books in all genres, including the bestselling memoir Always Running, La Vida Loca, Gang Days in L.A. He is also founding editor of Tia Chucha Press, a small press of emerging poets and anthologies, and co-founder of Tia Chucha's Centro Cultural & Bookstore in the San Fernando Valley. From 2014-2016, he served as Los Angeles official Poet Laureate. His latest book is From Our Land to Our Land: Essays, Journeys & Imaginings of a Native Xicanx Writer.

"I am the weave and the weaver, I am the dream and the dreamer." - Indigenous Mexican elders song
'Arts and Culture Forum: Arts and Advocacy' is generously supported by the Art for Justice Fund, a sponsored project of Rockefeller Philanthropy Advisors. 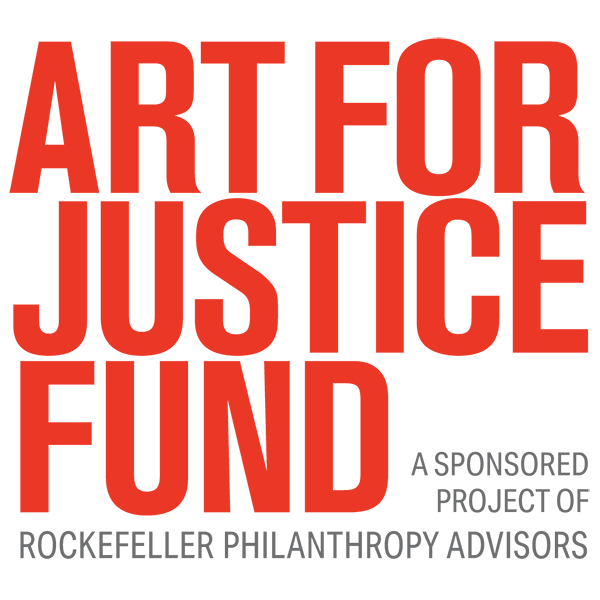 The Department of Arts and Culture is a member of the Art for Justice network.
Back To Calendar