To save this page, please use the following URL:
https://www.lacountyarts.org/civicart/objects-1/info/151 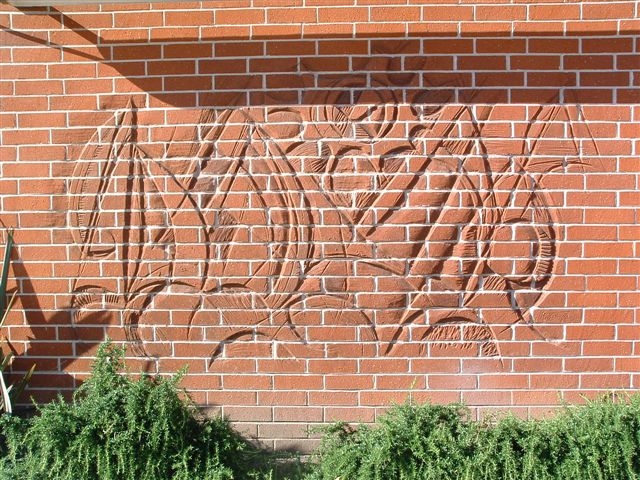 In a departure from Frank Matranga’s previous Los Angeles County Library murals, this artwork was carved directly into the Marina del Rey Library’s outer brick wall. To achieve this effect, Matranga worked with the Library’s brick masons and sculpted his design into the wet bricks before they were fired. Each brick was then numbered and installed by the masons with the other conventional bricks as the building was being completed. The artwork depicts boats sailing under a sunny sky.