To save this page, please use the following URL:
https://www.lacountyarts.org/civicart/objects-1/info/211 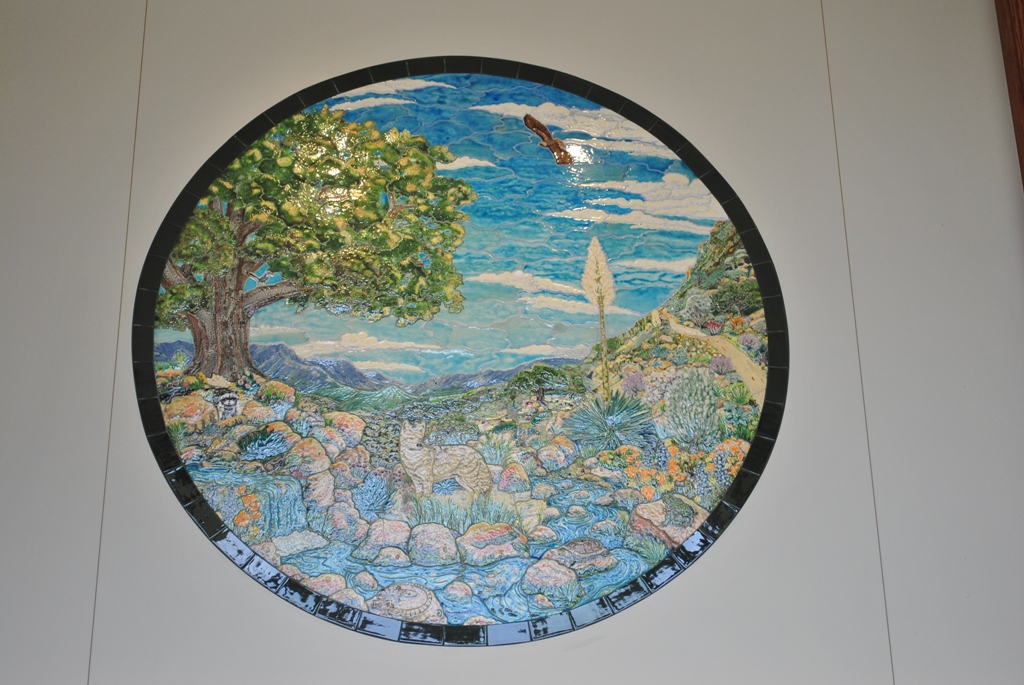 Topanga View (with locals), set into the wall high above the foyer, captures the feeling of being in Topanga Canyon. The ceramic tile mural depicts a detailed nature scene filled with Topanga’s wildlife icons. Can you spot all of the plants and wildlife creatures in the mural? Look for a creek flowing by an oak tree, yucca plants, coyote, raccoon, squirrel, lizard, frog, tortoise, blue jay and a hawk.

Matthew Doolin graduated from the UCLA School of the Arts in 1990. Focusing on design and ceramics, he studied under Adrian Saxe and Bill Brown and later served as a production assistant to Red Grooms. He has been creating and producing ceramic tile art since 1980 and also spent a year teaching art in Taiwan. Paul Doolin received his BFA from UC Santa Cruz in 1990. While there he studied with Eduardo Carillo, Don Weygandt, Jenny Mc Dade, Peter Loftus, and Hardy Hanson.