To save this page, please use the following URL:
https://www.lacountyarts.org/civicart/objects-1/info/220 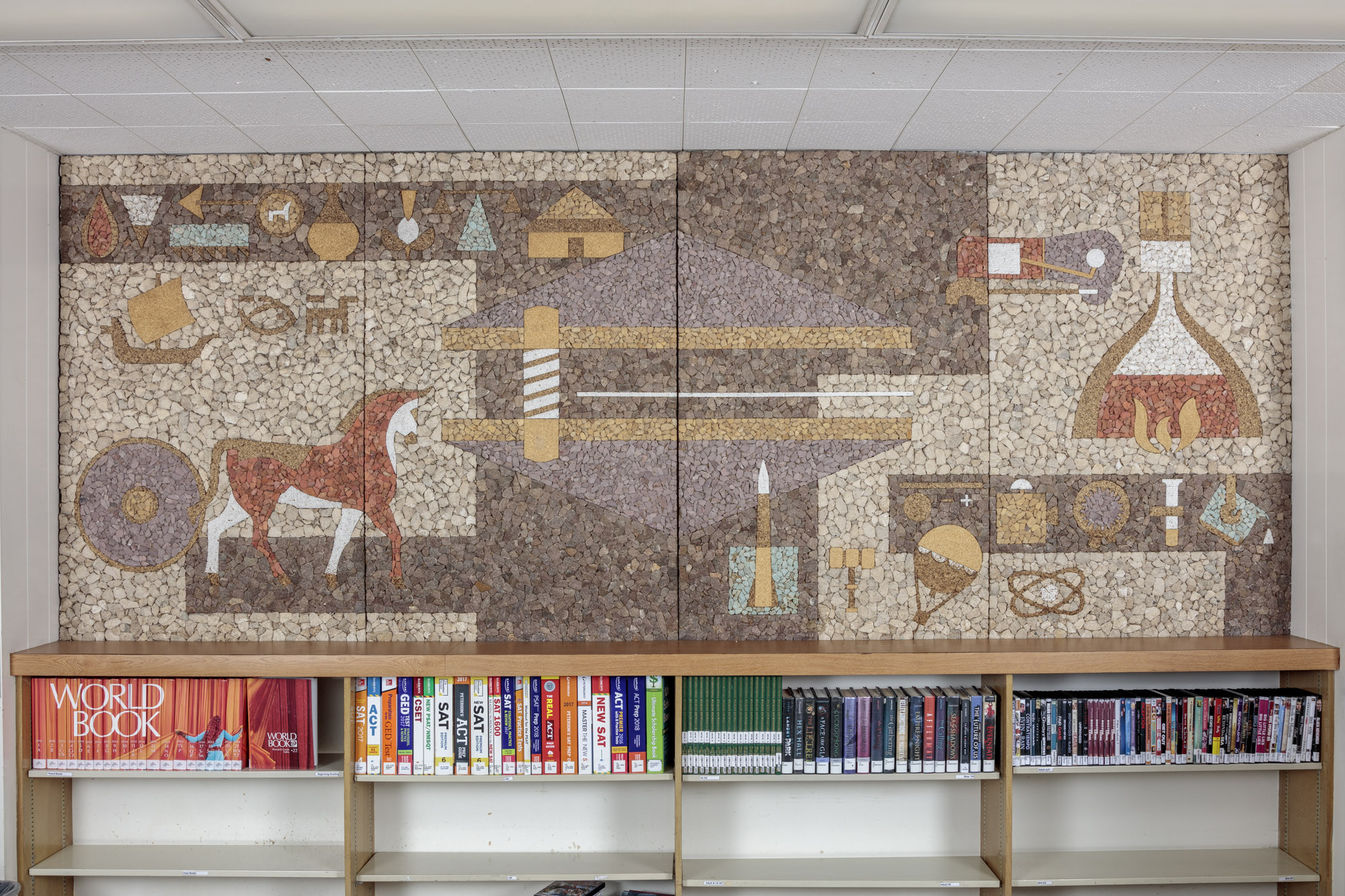 The Inventive Progress of Man wall mosaic by Tom Van Sant consists of four panels made of stone and inlaid cork. It is situated directly behind the circulation desk in the Bell Library. The mosaic represent twenty-six important inventions and discoveries made in human history. The figures on the left-hand side of the mural depict innovations made before recorded history; those on the right represent modern discoveries, which are often attributed to specific individuals. The center symbol consisting of two triangles, symbolizes the printing press, given the most prominent placement in the mural because of its importance to the history of libraries. The mural was installed in 1960 and a printed key to the symbols can be found on a nearby wall.

Tom Van Sant has created over sixty public murals and sculptures.  His artwork can be found throughout southern California as well as internationally, including in the Honolulu, Taipei and Los Angeles airports. Van Sant was born in Los Angeles in 1931.  He received a BA from Stanford University, a MFA from Otis Art Institute, and a MA in Environmental Arts and Sciences from Goddard College. Two other Van Sant artworks are held in Los Angeles County’s Collection, Inventive Progress of Man at the Bell Library, and Flight at the Huntington Park Library.