To save this page, please use the following URL:
https://www.lacountyarts.org/civicart/objects-1/info/2 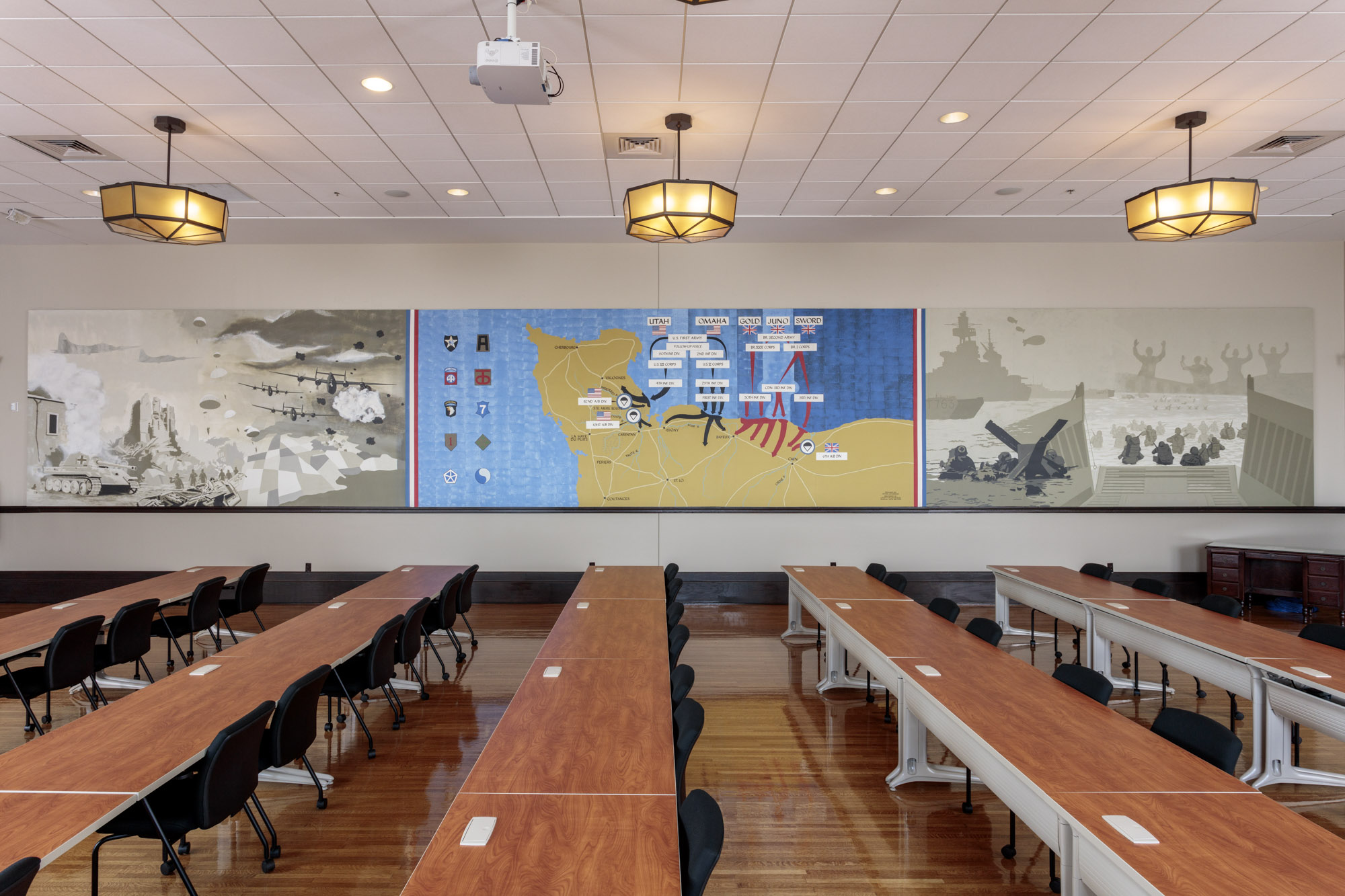 When the General Omar Bradley meeting room on the sixth floor of Bob Hope Patriotic Hall was remodeled in 1972 County staff member Frank Ackerman was commissioned to create a mural about D-Day, June 6, 1944, when the Allied forces’ invasion of Normandy began. At the time of the invasion, General Bradley commanded First Army, the American forces of the Allied invasion. The mural has three sections. The center section is a map of the Normandy coastline showing the routes the military divisions of American and British soldiers took into France. On the left is depicted Allied armored tanks and air strikes and on the right  soldiers disembar from boats and wade through the Atlantic to the Normandy coast. Ackerman worked in the Graphic Design division, but was also an established artist.

Frank Ackerman (1933-1986) was a prominent watercolor artist who attended the Chouinard Art Institute and was President of the National Watercolor Society in the early 1970s. His designs have been exhibited at many galleries and museums including the Legion of Honor in San Francisco and the National Academy of Design, New York. Ackerman joined LA County’s Graphic Arts Department after working as a County architectural draftsman and illustrator. He headed the County Graphics Department between 1973 and 1980 and then became the Chief of Museum Exhibit Services at the Museum of Natural History. Ackerman also traveled to the South Pole as an official Navy artist in the 1960s.