To save this page, please use the following URL:
https://www.lacountyarts.org/civicart/objects-1/info/29 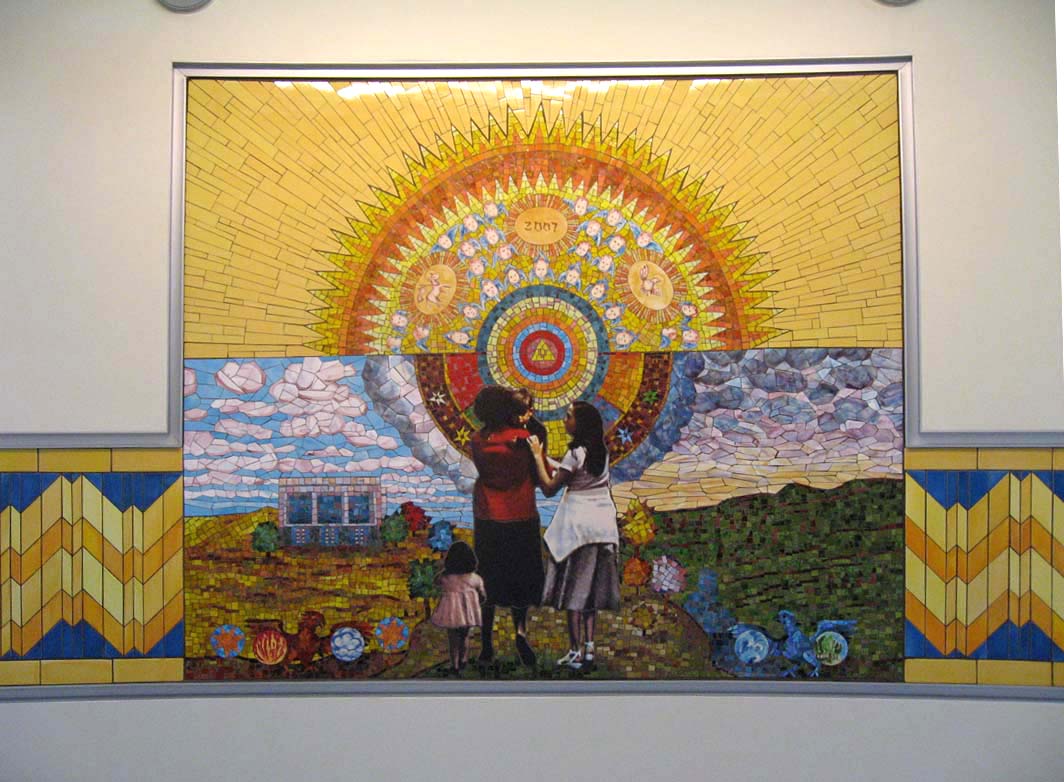 The artwork, Sun Salutations by artist Terry Braunstein, appears throughout the entry rotunda of the building. A large ceramic tile mosaic graces the entranceway on the outside of the building. Within the rotunda, a ceramic tile trim encircles the room and highlights a semi-circular soffit above the reception desk. Two large mosaics made of glass, ceramic and photographic ceramic tiles are placed low enough on the wall for both children and adults to appreciate the textures and rich colors of the mosaics. A third smaller mosaic can be found above the reception desk.
Terry Braunstein’s artwork for the Sun Valley Health Center was inspired by images of the sun drawn from a variety of cultures. The sun images relate both to the name of the community as well as the sun as a symbol of regeneration, warmth and healing.

Terry Braunstein has been a public artist for 15 years and a studio artist for more than 35 years. Her public commissions include the Metro Station Blue Line Anaheim Station, Long Beach Navy Memorial, Long Beach First Street Façade Project, and a 50th Anniversary sculpture for the City of Cerritos, California. She holds an MFA from the Maryland Institute of Art, Baltimore. Her studio work has been featured in solo exhibitions across the United States and in Europe, and is included in the collections of the Museum of Modern Art, the Victoria and Albert Museum in London, and the Corcoran Gallery of Art in Washington, D.C., among many others.