To save this page, please use the following URL:
https://www.lacountyarts.org/civicart/objects-1/info/95 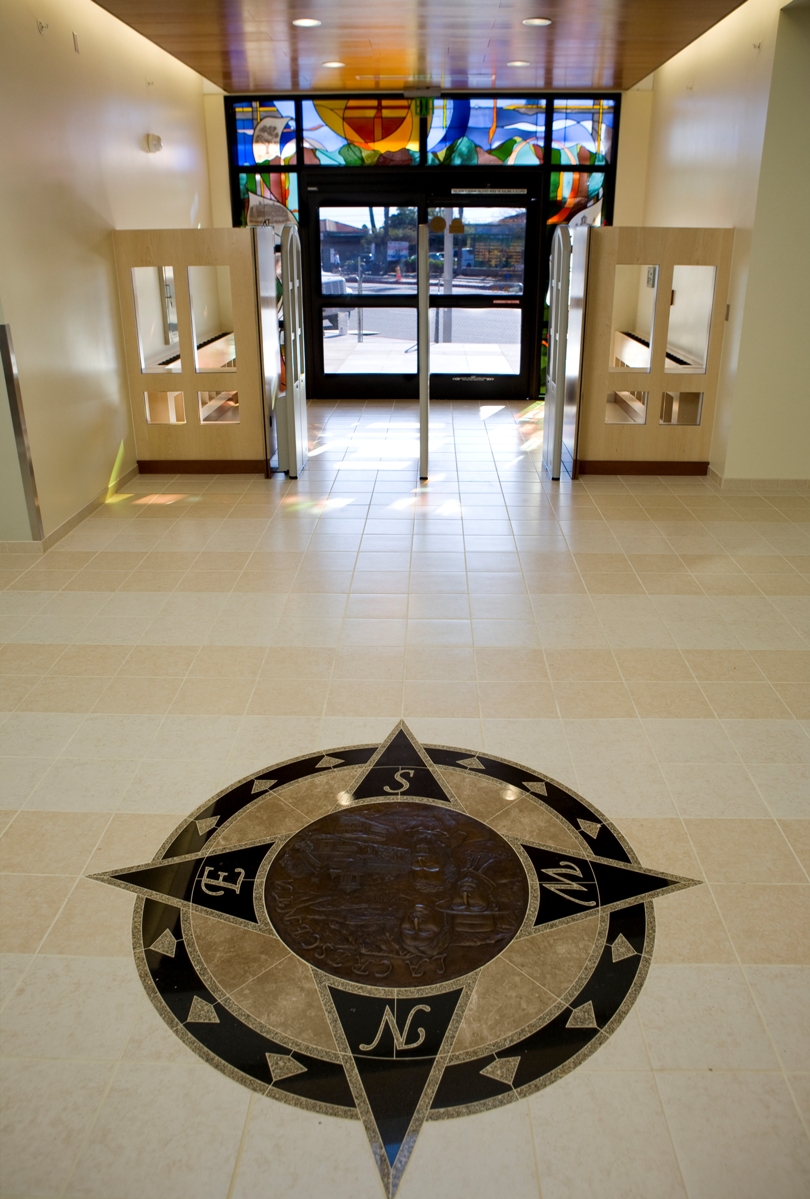 Artist Geri Jimenez Gould, a former Crescenta Valley resident now residing in Fallbrook, CA, designed and sculpted a bronze floor medallion for the first floor atrium. The medallion, commissioned by the Friends of La Crescenta Library, features key historical figures of the region. These figures include: Don Jose Verdugo, a Spanish soldier and bodyguard to Friar Junipero Serra, who was granted the first Spanish Land Grant in the area and was assigned to the Mission San Gabriel Arcángel; Toypurina, a young Gabrieleno/Tongva Warrior Chief who led the revolt against the Spaniards in 1785; and Dr. Benjamin Briggs, a physician who coined the name La Crescenta Valley, after the three crescent shaped peaks he saw out his window. Gould worked closely with the local historical society to accurately depict La Crescenta's rich history.

Geri Jimenez Gould received her Bachelor of Fine Arts degree and pursued Masters Studies from California State University, Los Angeles. She specializes in the creation of bas-relief sculpture for medals, awards and public spaces. Her work has been exhibited both nationally and internationally, and is included in such collections as the Smithsonian Institution, the Vatican Museum, the Serra Museum and the Southwest Museum. Geri is a native of Los Angeles, California, of Mexican American / Native American descent and an active tribal member of the Gabrieleno/Tongva Nation, also known as the San Gabriel Band of Mission Indians. Geri's husband Bill, who sculpted the Montrose Bicentennial Memorial in 1975, designed the cut marble and granite compass dial surrounding the medallion. They started Gould Studios in Montrose in 1973.