To save this page, please use the following URL:
https://www.lacountyarts.org/civicart/objects-1/info/113 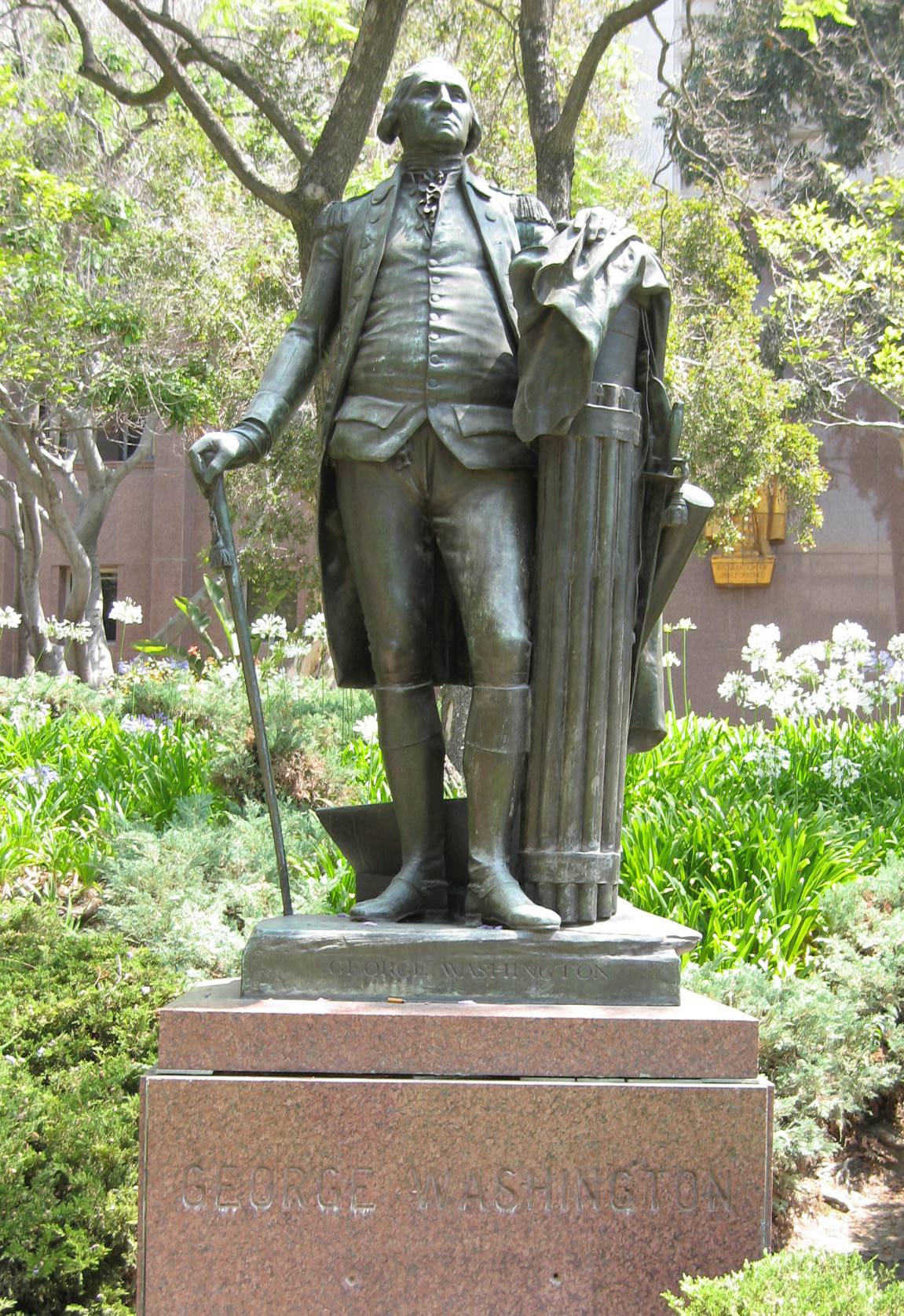 This lifesize bronze figure of George Washington dressed in military uniform is a copy of the original granite sculpture by the great French artist Jean-Antoine Houdon. The original was created in Paris in 1796 and was shipped and installed in the Virginia State Capitol in Richmond. With special permission from the Virginia General Assembly, Gorham Manufacturing Company cast approximately 30 bronze copies of the statue in the late nineteenth century; one copy was acquired in 1933 by the Women’s Community Service, an auxiliary of the Los Angeles Chamber of Commerce, and presented to the County on February 22, 1933, the birthday of George Washington.

The statue depicts the sitter’s exact measurements at age 53. Houdon himself traveled to Mt. Vernon, Virginia, in 1785 to study Washington. Wearing his Revolutionary War uniform, Washington stands facing forward with his left arm resting on a column of thirteen rods with arrows. It was more common in the eighteenth century to portray a figure of Washington’s stature in ancient Roman garb. Houdon’s depiction of Washington in military uniform resulted in a likeness that is perhaps more approachable and personable rather than godlike.

Jean-Antoine Houdon (1741-1828) was formally trained as a sculptor in France and Italy. Over a 50-year period, he executed sculptures of many of the period’s most prominent figures including Napoleon, Voltaire, Moliere, Diderot and Rousseau.