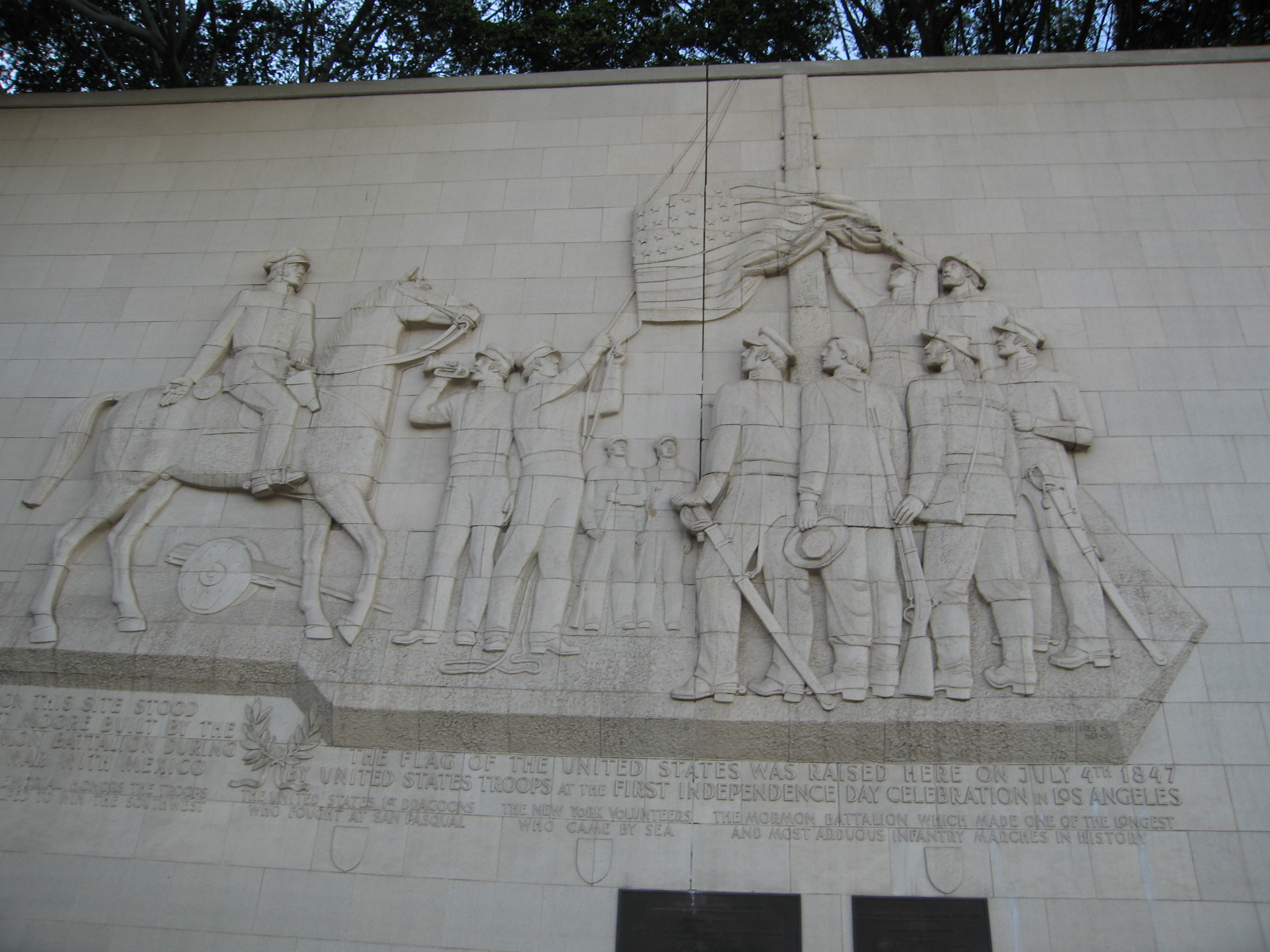 The terra cotta art wall designed by Henry Kreis is the most notable feature of the memorial. Fabricated by the prominent California terra cotta manufacturer Gladding, McBean, it was reported at the time of its installation to be the largest bas-relief in the United States. This is the only public artwork in Los Angeles portraying an historic event that occurred at the actual site of the work. It depicts the ceremonial flag being raised over the fort on July 4, 1847. To insure the authenticity of the uniforms worn by the U.S. First Dragoons, the New York Volunteers and the Mormon Batallion - the units witnessing the ceremony - Kreis was advised by noted California historians Glenn Dumke and Robert Cleland. Historic themes in the development of Los Angeles are symbolized in the other three reliefs: the uppermost represents the agricultural and spiritual foundation of the region; the middle panel depicts the transportation that shaped the city at the end of the 19th century; and the lower section contains an inscription written by the Department of Water & Power and portrays the crucial role that water and electricity play in a large modern city.

Albert Stewart (1900–1965) was born in London and emigrated to the U.S. as a child with his family. He studied at the Beaux Arts Institute and the Art Student’s League in New York City, and served as an assistant to sculptors Frederick MacMonnies and Paul Manship before he began sculpting in the 1930s. Stewart taught sculpture at Scripps College in Claremont for 25 years. Notable works include figures on the Scottish Rites Temple on Wilshire Boulevard and on the exterior of the Life Science Building at UCLA.