To save this page, please use the following URL:
https://www.lacountyarts.org/civicart/objects-1/info/152 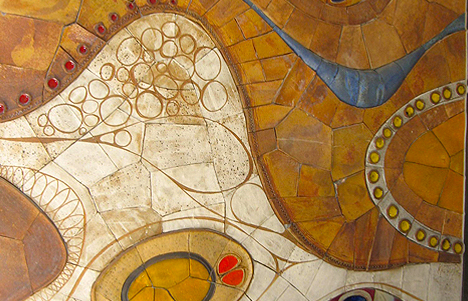 This mural is the second work that Frank Matranga created for six Los Angeles County Libraries in the 1970s and 80s. He conceived, designed, and fabricated the mural in his studio and then delivered the tiles to the Satow Library’s site (then known as the West Gardena Library). They were installed by a professional tile setter under Matranga’s supervision. This artwork, like many of his others in the County’s collection, reflects Matranga’s continuing fascination with the wind and the ocean.