To save this page, please use the following URL:
https://www.lacountyarts.org/civicart/objects-1/info/34 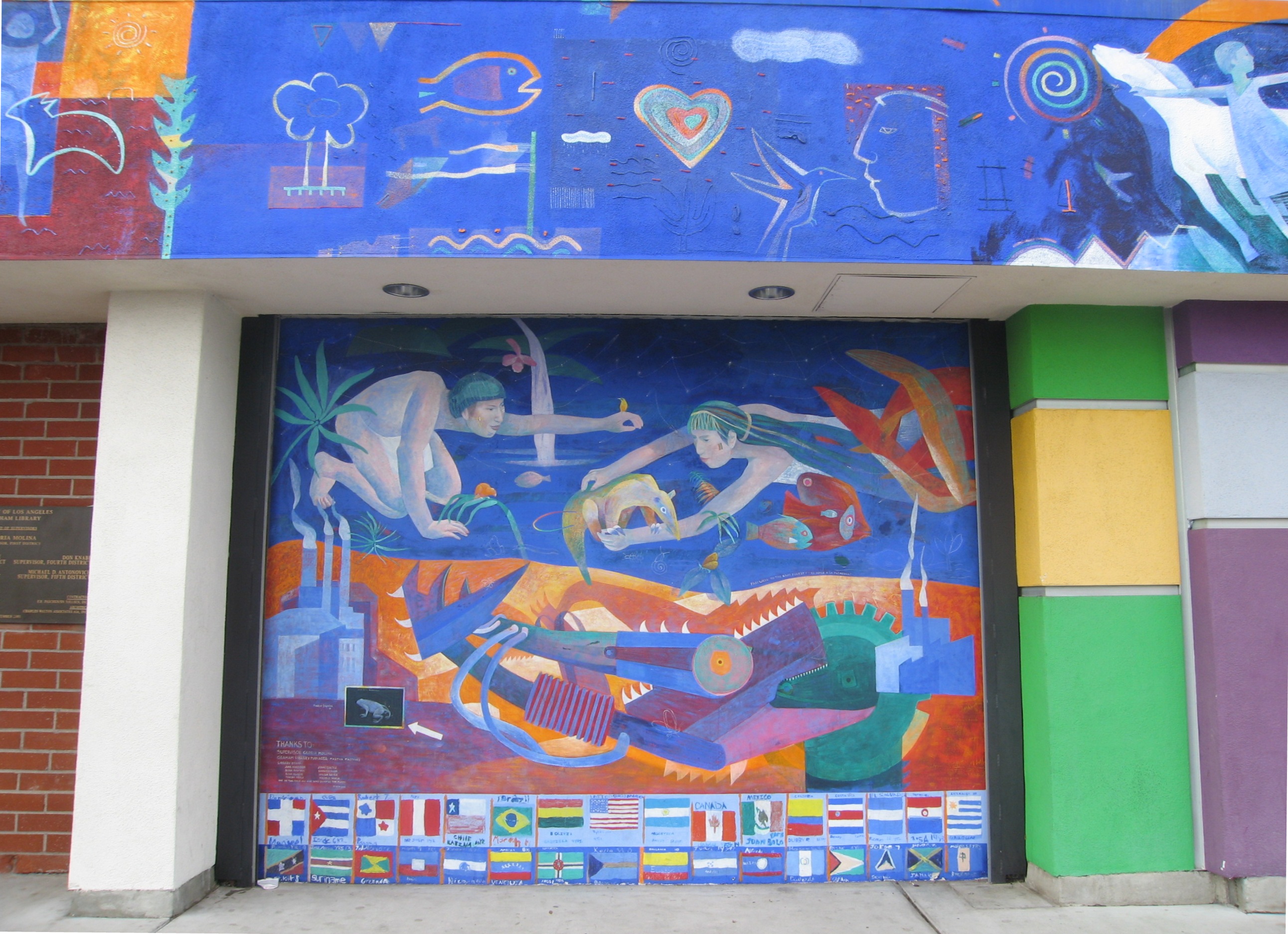 During the 2001 Graham Library refurbishment, the Los Angeles County Department of Public Works hired artist Mario Cespedes to design and paint a mural for the building’s exterior. Cespedes wanted to create a mural that spoke to the neighborhood children who used the library. Every child who frequented the library was given the opportunity to help with the mural and over 20 children participated. Cespedes taught them about art and mural techniques and also talked with them about the importance of their heritage and sustaining the environment for the future.

The mural Cespedes designed reflected the conversations he had with those children who helped with the project.  Its themes focus on how people impact and relate to nature and how the next generation can improve our relationship with the environment.  The schoolchildren who helped Cespedes also painted flags in the mural from countries their families came from, reflecting their personal histories.

Mario Cespedes was born in La Paz, Bolivia and grew up in both Bolivia and Brazil. A self-taught artist, he acquired his early knowledge of art by visiting museums, studying the artworks there, and trying to replicate them on his own.  Brazilian artist Candido Portinari was his greatest early influence. In Brazil, Cespedes became a successful artist and was invited to be in the São Paulo Art Biennial in 1975 and 1977.  Cespedes moved to the Los Angeles area in 1982 and has remained in Southern California ever since.
He has had numerous solo exhibitions and participated in many group shows.  His other public artworks include an outdoor “painting” for a North Hollywood bike path and an art series for bus shelters in the Florence area (since removed). A leitmotif in both his public and studio work, is humanity’s impact on the natural environment, especially the ongoing destruction of the Amazon basin rainforest.