The A.C. Bilbrew Library is located in an unincorporated area called Willowbrook, northwest of Compton and south of the Watts neighborhood in the City of LA. When renovations of the facility began in 2015, they called for updating much of the interior and exterior using environmentally friendly materials and sustainable design techniques. Built in 1974, the library was named after Madame AC Bilbrew, a community leader, poet and musician. Bilbrew, a pioneer in radio, was the first African American to have her own radio show in the United States. The building was designed by architect Vincent J. Proby and is also famous for housing the African American Resource Center that includes collections relevant to the social, historical and cultural aspects of African American experience.

As part of the renovation, artist team Greenmeme was commissioned to develop an artwork for the interior courtyard. In keeping with the goals of the renovation library project, staff expressed their desire to integrate native landscaping into the design of the artwork. In addition, focus groups with the Friends of A.C. Bilbrew Library and local teens prompted a cross-generational exchange about how the library’s history could be made relevant to new audiences.

Greenmeme also conducted a series of studies documenting the building’s architecture and the tiles that are prominently featured on the exterior. The pattern in the tiles became the inspiration for the design of gold ribbons that provide seating in the courtyard. Planters and a trellis were also added so that the courtyard would become an outdoor garden and gathering space that could host poetry readings, performances and discussions. 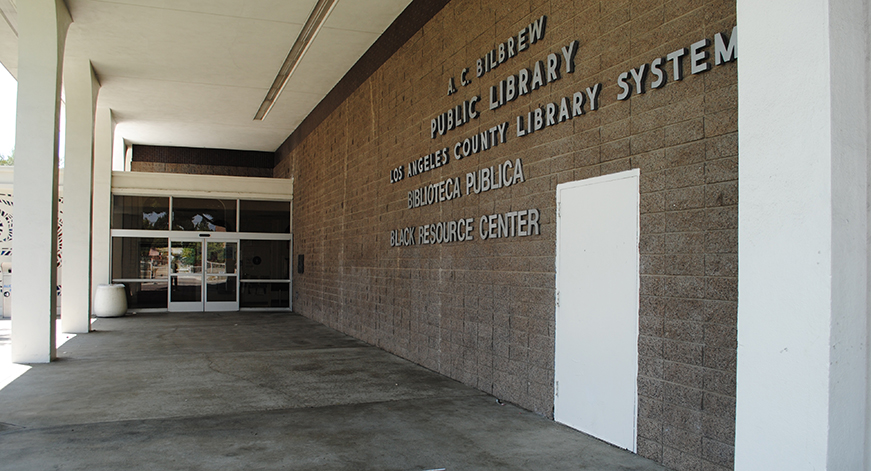 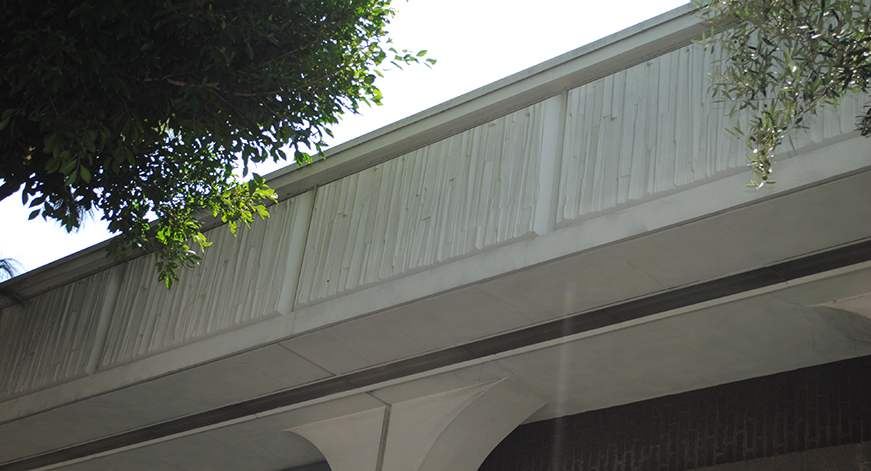 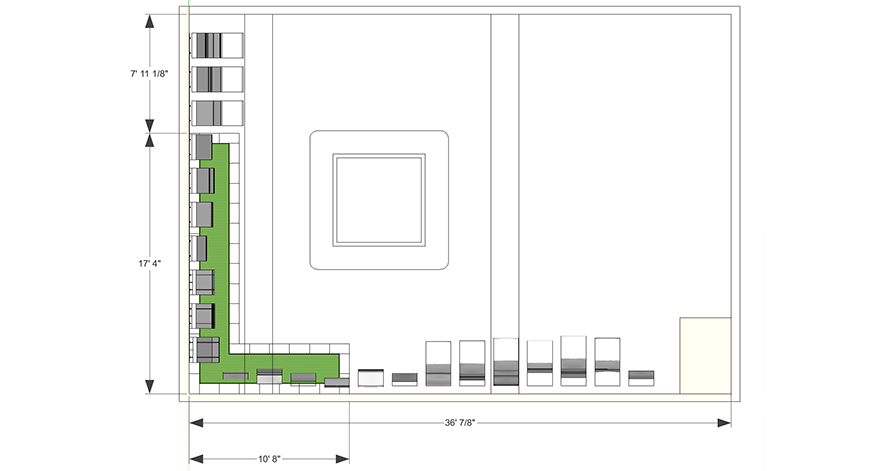 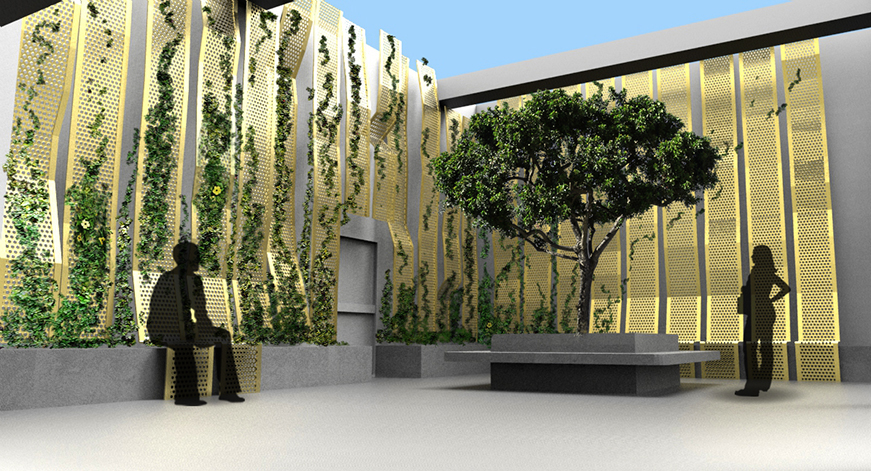 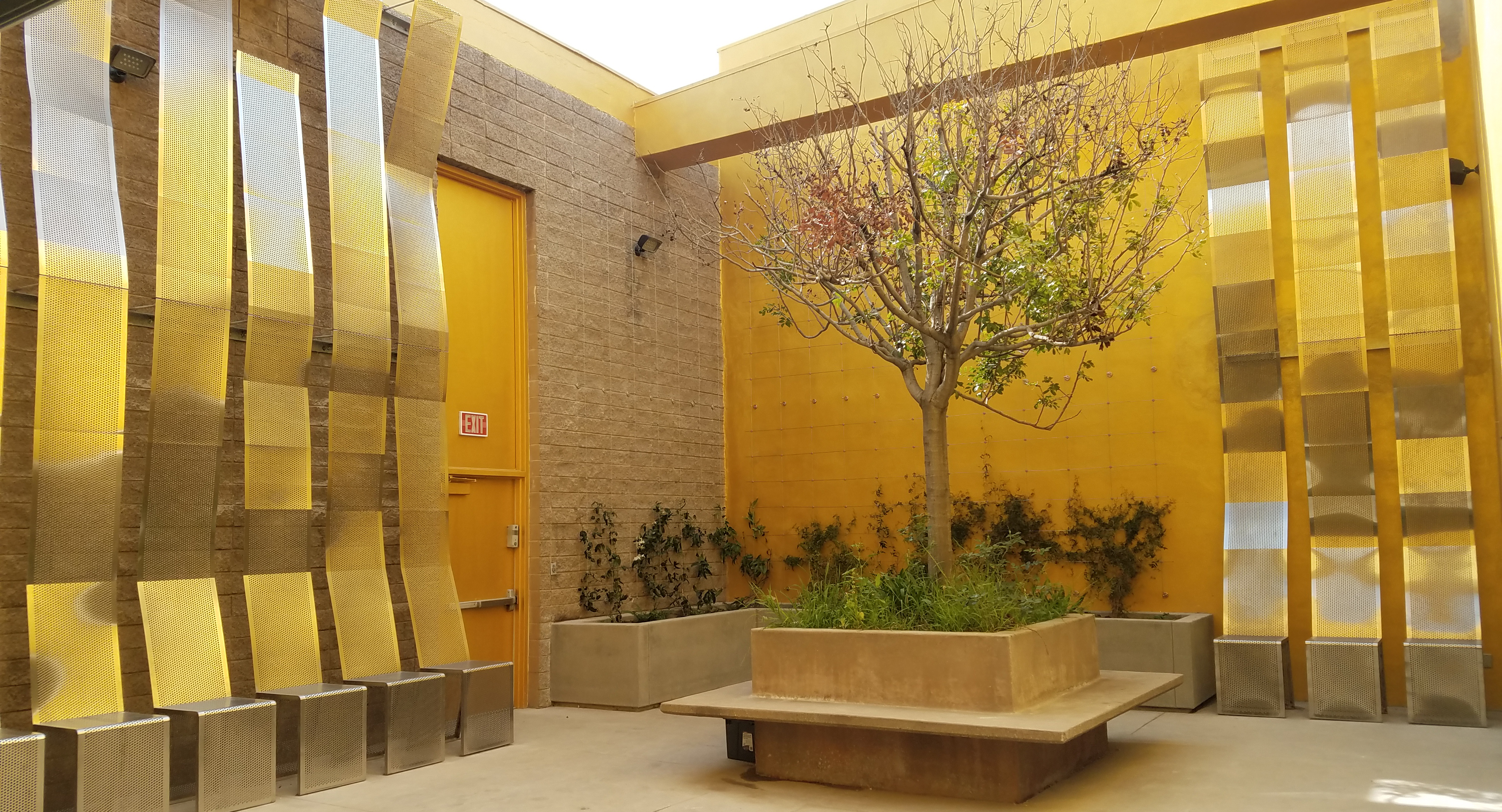 The artwork is a part of a series of projects funded by a grant from the Los Angeles County Parks and Regional Open Space District that use arts-based solutions to promote the value of civic spaces and deter vandalism at County properties. This artwork aims to demonstrate how design and integrated landscaping can be a physical deterrent to vandalism, and also promotes the continued preservation of A.C. Bilbrew Library, an important community asset 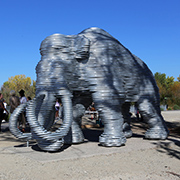 Greenmeme, comprised of artists Freya Bardell and Brian Howe, operates in a territory between art, architecture and landscape, taking a process driven and community focused approach to design. 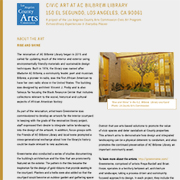