Woodcrest Library is a medium-sized library in an unincorporated area nestled between the City of Los Angeles and the smaller cities of Inglewood, Hawthorne and Gardena in south LA County. Founded in 1913 and housed in the Woodcrest School, the Woodcrest Library has moved to various locations in the community throughout its history, until the present location opened in 1967. The library is used by adults and children who come for books, computer access and library programming offered for all ages.

Designers from Swift Lee Office (SLO) conducted several site visits and had conversations with staff and neighborhood residents. On one of their visits, they observed an impromptu jump rope session with local youth in the library’s entry plaza. This led them to ask how the space could be used as a flexible program space. SLO worked with art and public engagement consultant Sara Daleiden to test this idea with the community by hosting a community workshop. At the workshop, families were invited to design canopies for the plaza using recycled materials. Many of the designs included natural elements, such as trees, flowers and a turtle pond. Residents also confirmed their desire to use the plaza as a place to sit, read, play and have community events.

The artwork titled “Butterfly Wings and Scales” reflects a playful and colorful spirit that activates the plaza. Based on microscopic images of butterfly wings, the sculptural canopy is made of translucent panels that provide shade for educational programs and cultural performances. Future plans being developed by the Los Angeles County Department of Parks and Recreation will incorporate the artwork’s thematic elements and further transform the plaza into a lively community space. In addition, a corresponding mixed media mural on Normandie Avenue connects passersby to activities happening in the plaza. Local youth from the Los Angeles Conservation Corps and artist Louise Griffin prepared the wall for the mural installation. 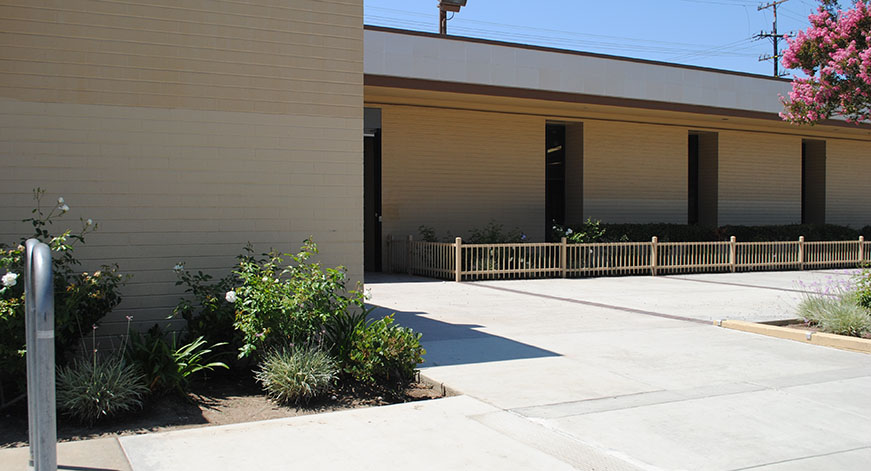 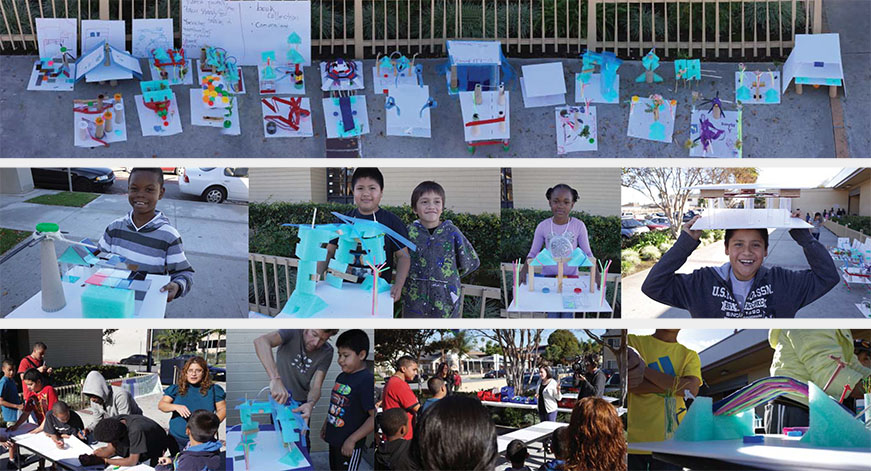 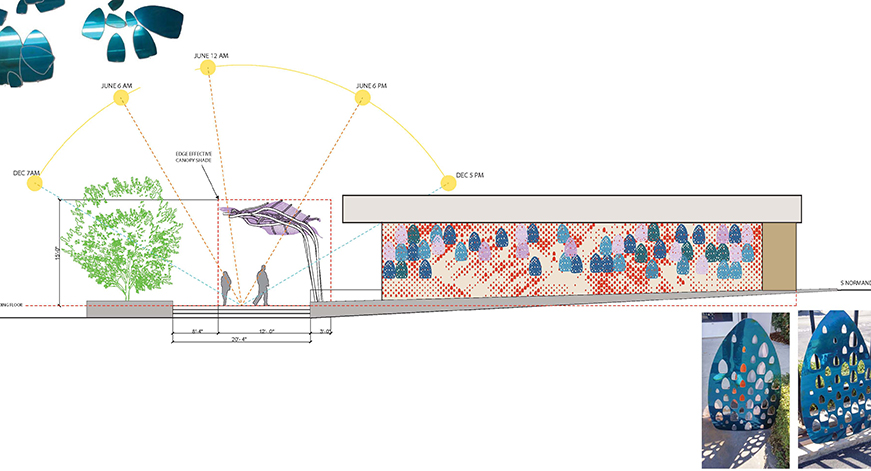 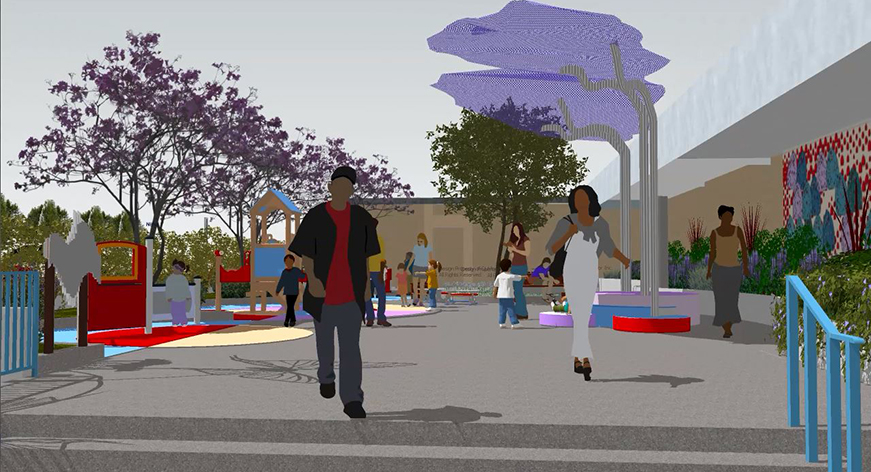 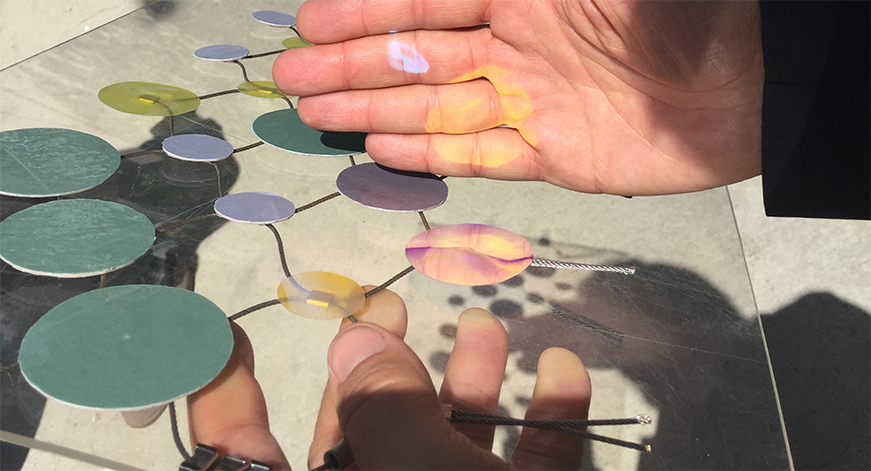 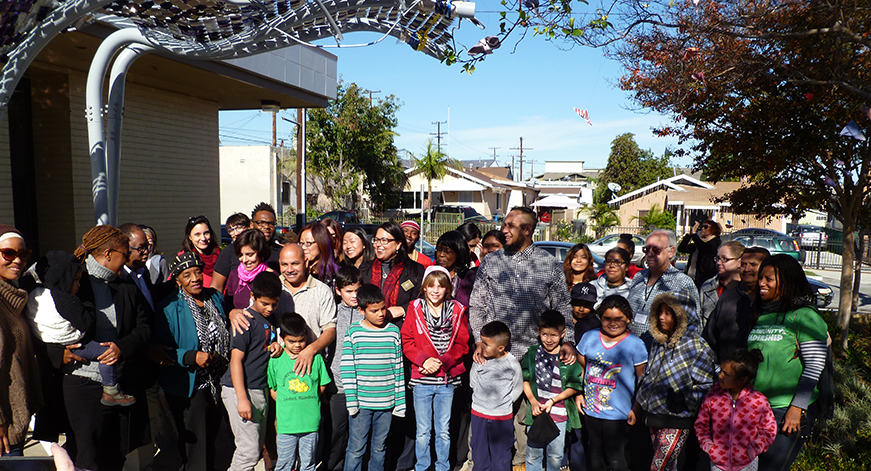 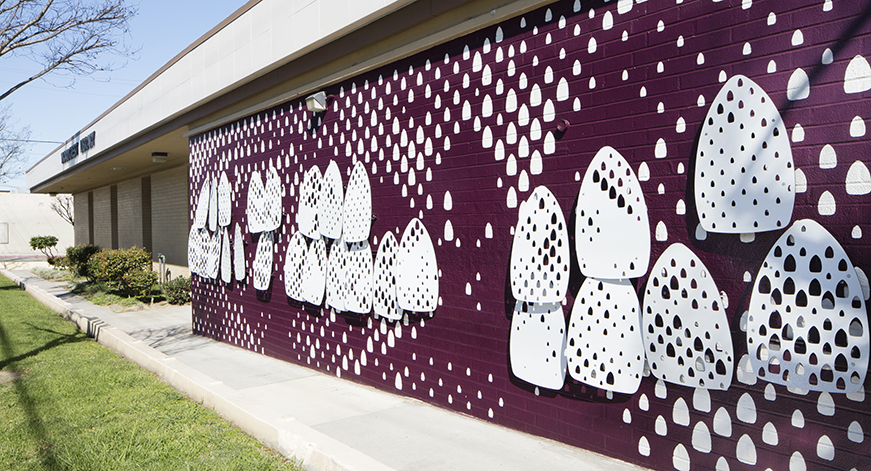 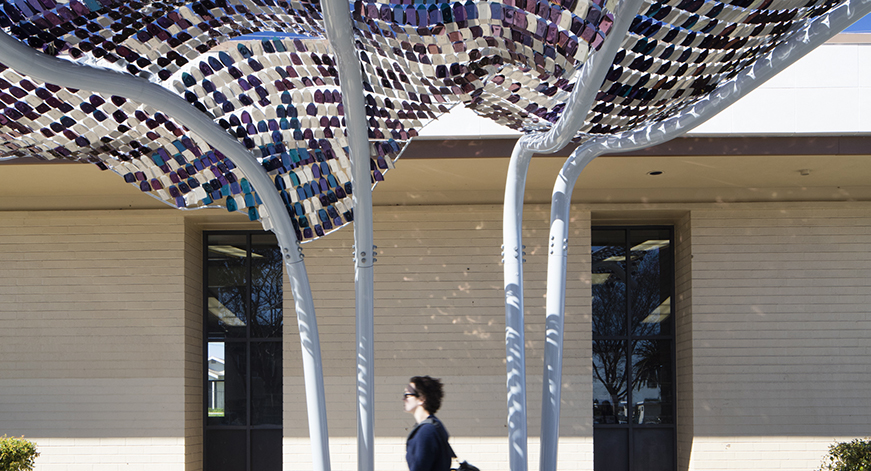 The artwork is a part of a series of projects funded by a grant from the Los Angeles County Parks and Regional Open Space District that use arts-based solutions to promote the value of civic spaces and deter vandalism at County properties. SLO hopes that by enlivening the plaza, continued activation will instill community stewardship of the Library and its resources. 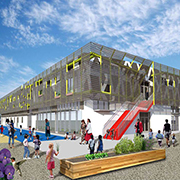 Swift Lee Office (SLO) was founded in 2000 in Los Angeles. SLO was launched as a multidisciplinary design laboratory, combining an architectural studio, a hands-on prototyping workshop and a gallery for artists. 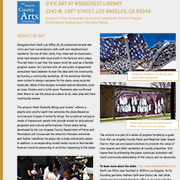