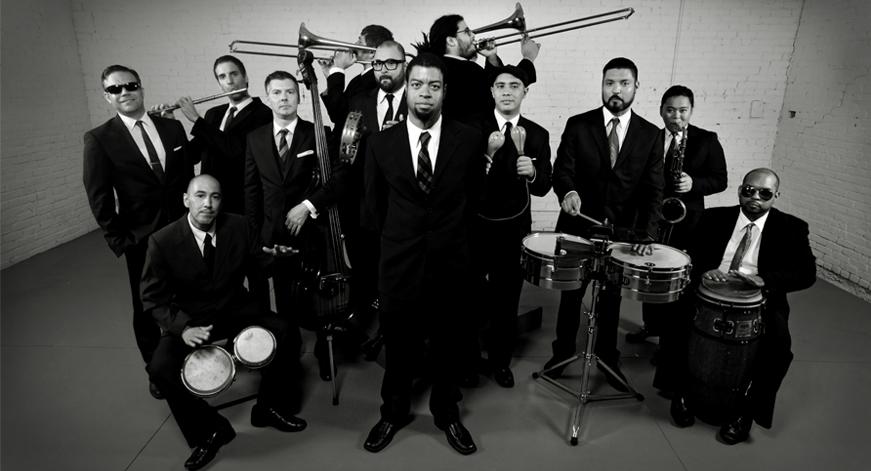 Boogaloo Assassins' mission is to bring la gente a funky good-time, Latin-soul style. Formed in Los Angeles in 2007, Boogaloo Assassins is the West Coast's 12-man modern answer to New York City's Latin music explosion of the late 1960s, serving up their own ‘60s-inspired salsa and Latin boogaloo (best described as a raucous fusion of American R&B with Cuban rhythms, sung in English and Spanish). Perfect dance music for a Friday night, the Assassins are known throughout Southern California for their high-energy live shows, as well as their hit single "No No No" (a funky salsa cover of the reggae classic), which was a local LA radio (KCRW, KPCC, KPFK, KJZZ. KXLU) and club staple in 2013-14.