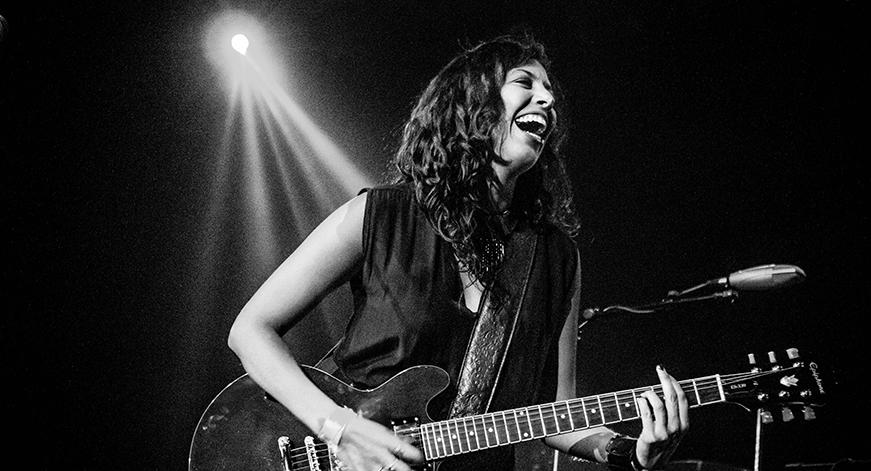 De’Anza creates an eclectic mix of music, crossing borders and boundaries that results in a new take on an old form. Using resources from various ends of the musical spectrum while also taking cues from traditional styles and landing somewhere between Latin-electronic meets alternative, De’Anza is a breath of fresh air in a rather smoggy metropolis. With the 2015 release of her debut album (Despertar), De’Anza was catapulted from obscure indie artist to “Latin Alternative’s New Leading Lady”—OC Weekly. With features on CNN, Vista L.A., and NPR, De’Anza has been turning heads and converting fans nationally and internationally ever since. Felix Contreras of NPR’s Alt.Latino describes her music as, “powerful writing and a clever mixture of contemporary and traditional Mexican music.” LA Weekly writes, “De’Anza herself is a force of nature behind the microphone…She expertly worked the crowd with winky banter, flipping between Spanish and English without batting an eye.” LA Weekly goes on to describe De’Anza as “a confident figure on stage—and her music reflects that assuredness, borrowing from traditional mariachi layered with a generous helping of smoky vocals and distinctly contemporary beats.”