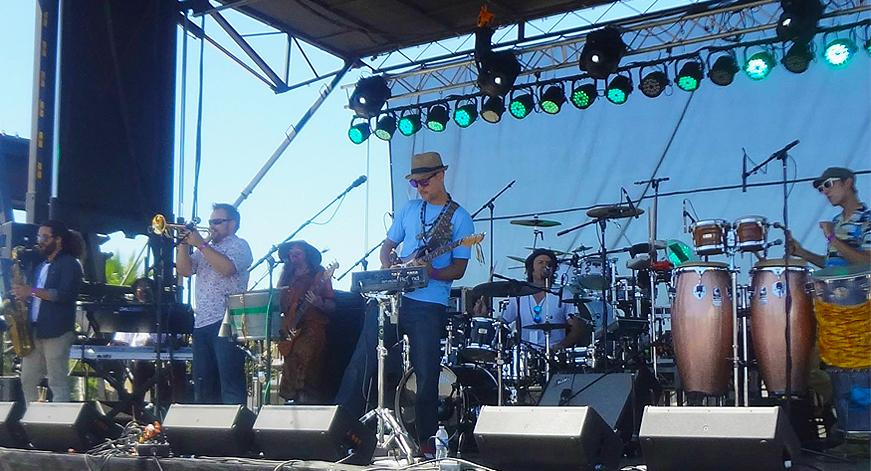 Delta Nove has played more than 1,000 shows in over 20 years of touring and recording. Often described as world funk/rock, Delta Nove is known for their deep funk, thunderous Brazilian drums, powerful horns and psychedelic exploration. Each show features a different set, drawing on a large catalogue of original material and covers, sprinkled with improvised creativity. Delta Nove is heavily influenced by George Clinton/Parliament Funkadelic, Fela Kuti, and Brazilian legends like Jorge Ben and Tim Maia. The band has performed a variety of gigs, from major festivals to weddings to clubs and bars, and always promises to “bring the funk.”