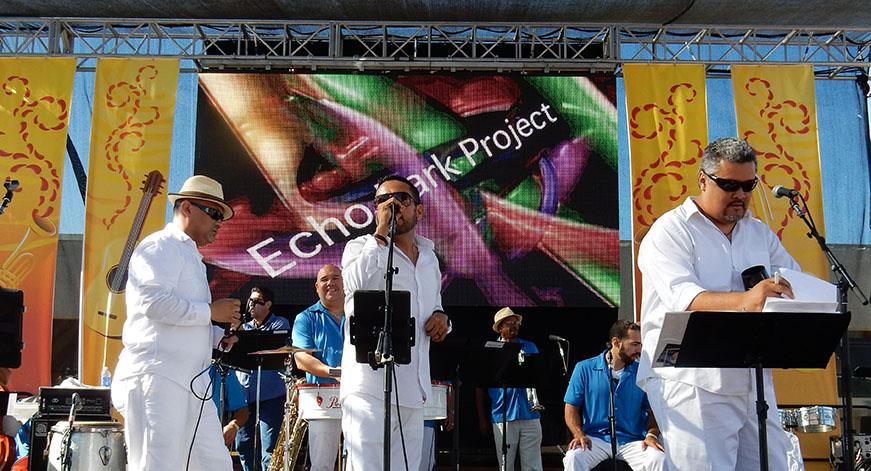 The Echo Park Project was created in 2006 by Carlo Lopez, a Latin percussionist​t from Brooklyn who wanted to recreate the legendary salsa style of New York City in Southern California. To achieve this goal, Carlo engaged session and in-demand musicians such as John Belzaguy, Joey de Leon, and Artie Webb (just to name a few). The Echo Park Project’s repertoire is a combination of original material and hot 70s cover tunes by artist such as Tito Allen. Since its creation, the Echo Park Project has developed a loyal following, releasing four albums (Retro New York Salsa, El Viernes Social, La Hora De Bailar, and Big Band Latin Jazz).Thanks to modern technology, their music has been heard from Colombia to Japan.