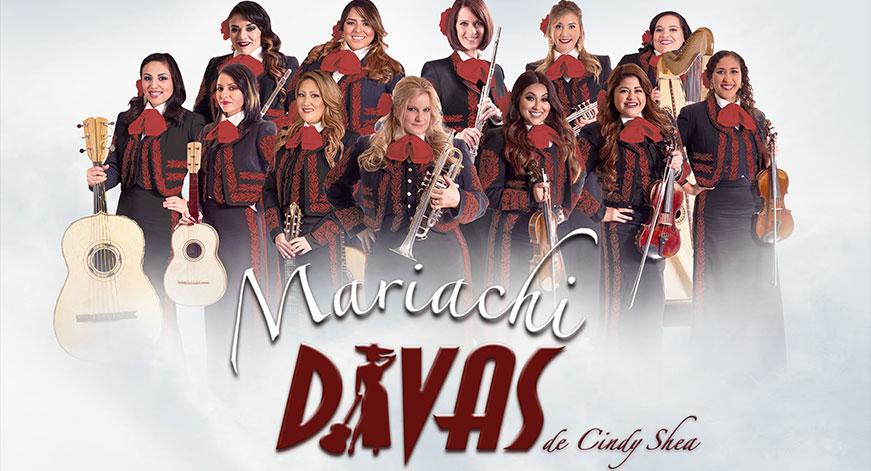 Directed and founded by trumpet player Cindy Shea in 1999, under the musical direction of Grammy® Award- winning Alberto "Beto" Jimenez Maeda, the Mariachi Divas have made big waves on the national and international music scene. A two-time Grammy® Award winner, with five Grammy® nominations and two Latin Grammy® nominations, the Mariachi Divas are a multicultural all-female ensemble imbued with the true flavor of Los Angeles. In addition, the Mariachi Divas have been performing regularly at Disneyland Resort since 2003. All together, the Divas discography includes 10 albums released through Shea Records and East Side Records. This year marks the 15th anniversary of the founding of the Mariachi Divas de Cindy Shea. Their music can be found on iTunes.