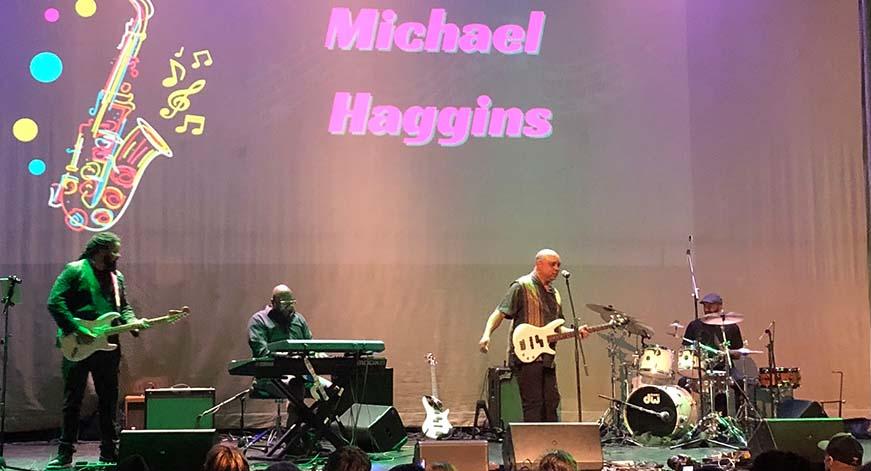 Michael Haggins Group combines jazz and R&B to generate a smooth funk sound. The group plays original music and cover tunes of songs by Stevie Wonder, Anita Baker, Sade and R&B classics from the '70s and '80s. The group has performed at the Playboy Jazz Festival, the legendary Spaghettini Grill & Jazz Club in Seal Beach, and many other Southern California events and festivals, such as those presented by 94.7 The Wave and KJLH radio station. Michael is a successful contemporary bass player and songwriter from Pasadena with major music placements of his original songs. Credits include the movie soundtracks for Hall Pass and The First Time, as well as NBC’s Community, ABC’s Happy Endings, FOX’s Raising Hope and New Girl, HBO’s Ray Donovan, MSNBC's Morning Show Wake Up With AL,The Weather Channel and KTLA-TV Morning News Show.