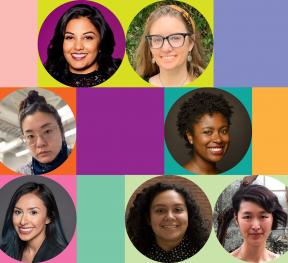 Wed to Fri @ 9:00AM
Arts Tune-Up: Preservation Tips for Artists

The award-winning City of Angels Saxophone Quartet has been delighting audiences for the past 23 years. The group offers a variety of audience experiences, from string quartet transcriptions and classical music to ragtime, the music of the 1920s, jazz standards, and a big band saxophone sound.

Written in both Spanish and English, Nancy Sanchez and her musical group perform her songs in a variety of styles for any occasion, from singer-songwriter, jazz standards and originals, mariachi, regional Mexican, pop, bossa nova, and more. Nancy has the ability to create both a powerful festival sound and a warm sound more appropriate for intimate gatherings. Her musical group includes both electric and acoustic instruments.

Updating and reinvigorating the lively son jarocho music of Veracruz, Mexico, Conjunto Jardín specializes in presenting this style to a broad audience and features a female requinto player. "Instantly captivating, generating dancing in the aisles—a superb example of the manner in which traditional music and dance continue to have the power to reach out and gather in new, receptive audiences." —Don Heckman, Los Angeles Times

Afrofuturist/Steamfunk band with a sound of its own and explosive live performances. Members include Sum, Sir Ian Dangerous, Sno Leopard (a two woman performance duo), DJ Jawa, Mat Mega & Taurus Hamilton. We are truly hip-hop, but we nod and pay homage to many sounds…funk, electronic, soul, world rhythms, ska, afrobeat, tribal music, classic rock, punk, surf rock, and whatever else we feel like doing at the moment. We are students of new music AND the great musical legacy that precedes us. It all comes together in a milky way. We have shared stages with greats like The Pharcyde, Arrested Development, Dwele, Ursula Rucker, Twilite Tone, and a great number of respected local artists in Los Angeles, including Jimetta Rose, and 14KT. We have spearheaded our own events and residencies around the Greater Los Angeles area, most recently launching the STEAMFUNK party series. The Milky Way has been featured in major Toyota print ads and has had music highlighted in a viral Hennessy campaign with Shaquille O'Neal. While we are always looking for opportunities, we are just as capable of creating our own and love producing and hosting our own events that feature other up-and-coming artists that we respect. The band, founded in 2007, is fronted and led by dynamic songsmith and accomplished rapper SUM, a 2014 Independent Music Awards Nominee with music appearing everywhere from Breaking Bad and Saints Row, to a number of network television shows.

Stix is an MC from Watts with a background in Rock, R&B, and DJ-ing. Stix has toured with and performed alongside artist like Snoop Dogg, Bone Thugs-N-Harmony, 2 Chainz, Warren G, E-40, and Too Short…just to name a few.

Updating and reinvigorating the lively son jarocho music of Veracruz, Mexico, Conjunto Jardín specializes in presenting this style to a broad audience and features a female requinto player. "Instantly captivating, generating dancing in the aisles—a superb example of the manner in which traditional music and dance continue to have the power to reach out and gather in new, receptive audiences." —Don Heckman, Los Angeles Times

The Susie Hansen Band plays Afro-Cuban Latin jazz and salsa with Susie Hansen on electric jazz violin and vocals. Her band has three lead vocalists, a dynamic Latin rhythm section, and a horn section of tenor sax/flute, trombone, and trumpet. They play great danceable salsa, cumbia, merengue, Latin jazz, mambo, cha cha cha, charanga, bolero, samba, and more. They're a well-known and popular group in Southern California, playing 150 events per year since 1990. As Susie likes to say, “We aim for the feet!” They keep the dance floor full!

This group of individual mariachi musicians is truly an all-star mariachi made up of the best around the world. Many of Mariachi Espectacular’s members also produce, compose, arrange, and record. Grammy® Award-winning producer Beto Jimenez's idea when forming the group was to bring the highest level of mariachi talent together. They have recorded one CD entitled Pura Tradicion. This is an all-male group, but able to add in a female vocalist/musician to the ensemble upon request.