Alis Clausen Odenthal has forged a long career teaching, managing, and supporting the arts by following two rules: diversify your arts skillset, and say "yes" as much as possible 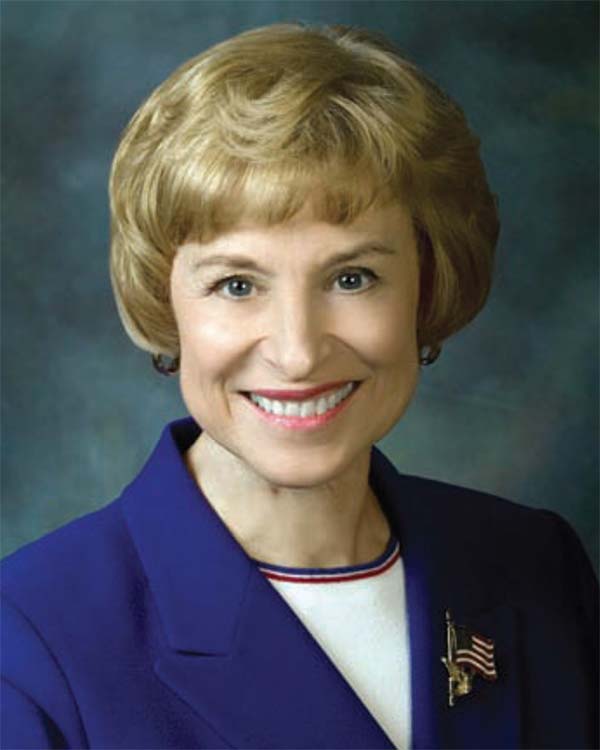 Alis Clausen Odenthal has been devoted to voice and music her entire life. She has forged a long career teaching, managing, and supporting the arts by following two rules: diversify your arts skillset, and say "yes" as much as possible.

Alis graduated from the University of California Santa Barbara (Bachelor’s degree in voice performance and a Master’s in musicology), then owned and taught in a Yamaha School of Music in the 1970s. She was active in local musical and theater groups, and when she moved to the Antelope Valley in 1979, she became even more involved. "I’ve always thought that there was a lot more opportunity up here for people—in theater, music, in community arts organizations," Alis said. "In other cities, it can take years to really get involved. In the Antelope Valley, anybody who’s happy to serve the arts is welcome."

She was the director of the Antelope Valley College Academy, then the executive director of the college’s fundraising arm. Experienced in intersecting education, business, and arts circles, she became the news director at Jones Intercable, where she produced a daily half-hour news program about the Antelope Valley. She frequently reported on Mike Antonovich, Supervisor to the Fifth District, and they became friends. When he asked her to join the Los Angeles County Arts Commission in 1992, she said yes, and when he offered her a job as his press deputy in 1996, she said yes again.

But Alis had little love for the commute from Lancaster to downtown LA, and when an opportunity to work in Antelope Valley for Southern California Edison came up, she took it. She worked for Edison for 17 years, first in public affairs, which combined her media and community engagement skills, and then in regulatory affairs. Through it all, she taught music and voice privately or at community colleges—at Antelope Valley College, and currently, West Coast Baptist College.

Alis says she always knew, and told her students, that an arts career would require a variety of skills—whether in the front of house, back of house, teaching, writing press releases, making costumes, building scenery—whatever the skills, she believes an arts career is invariably layered. Her career is also a case study in seizing opportunities—not only job leads, but volunteer roles and singing gigs. A County colleague watched her perform the national anthem at a Quartz Hill Little League game; it turned into multiple stints singing the anthem at Dodger games. She has sung at civic openings, sports games, and hundreds of Air Force events since.

Alis was president of the Arts Commission in 2000, the year that the Arts Internship Program started with the Getty, and also the year the Arts Commission began researching the status of arts education across LA County. This early work led to development and then adoption of the first LA County Regional Blueprint for Arts Education, which launched Arts for All (now the Arts Ed Collective), the collective impact initiative dedicated to making the arts a core part of every child’s growth and development.

“We are fortunate to have had Alis at the helm since the very beginning,” said Denise Grande, Director of Arts Education at the Department of Arts and Culture. “Her deep experience as an educator, persistent advocacy for young people in our rural communities, and thoughtful guidance have helped us grow our work in arts education over the past 20 years—starting with just a handful of school districts in 2002 to hundreds of collaborating partners that now include nearly all LA County school districts, plus community-based arts organizations, teaching artists, other County agencies, and philanthropy.”

She was a tenacious advocate for arts and culture resources in Supervisorial District Five—proud of the Arts Ed Collective’s reach in Antelope Valley’s school districts, and of the public art that the Department of Arts and Culture has commissioned and cared for in County facilities and parks. “Alis is deeply invested in the arts and is keenly aware of the needs of artists and arts organizations, especially in the Antelope Valley,” Kathryn Barger, Supervisor to the Fifth District. “Her decades of personal experience as an artist, educator, and commissioner make her uniquely able to serve as an advocate for the arts in our communities. I’m grateful for her passion and institutional knowledge, but most of all, her willingness to share both.”

“One of the things that I was able to do, it didn’t matter which job I had, whether it was the local radio and tv stations, whether it was with the Supervisor, whether it was a community organization board or Southern California Edison, I always tried to look for ways for those employers to partner with arts organizations,” Alis said. “I try to encourage the idea that, whether you’re a businessperson or a politician, participation in the arts is a good investment.”