"It’s very interesting when you take the road less traveled. What it taught me was you learn by mistakes and failures, and you will have them. You dust yourself and you get up again." —Arts Commissioner Constance Jolcuvar 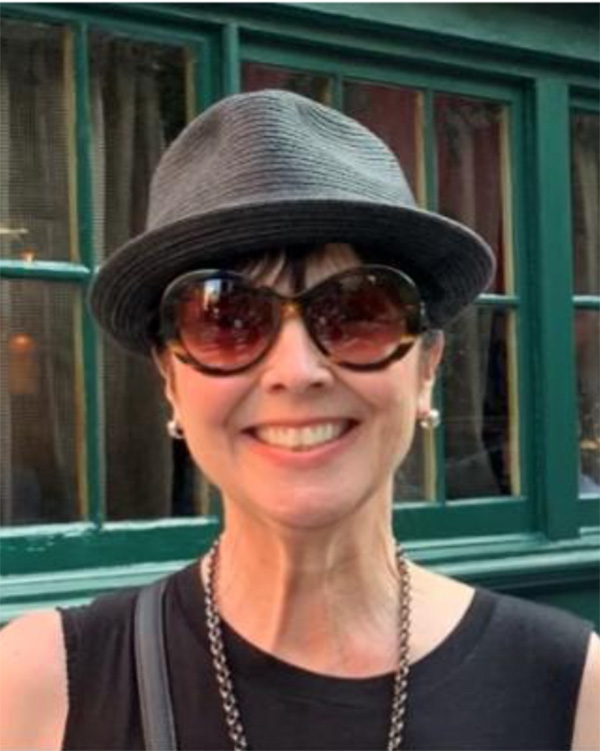 Constance Jolcuvar’s life is full of layers. She’s proud of her background—she’s a half-Hispanic and half-Greek first-generation California native with roots in both San Marino and Frogtown. She acknowledges the privilege in the life she has built, but she’s also often been on the receiving end of nasty, hurtful prejudice. Most would never guess that to look at me, she said, so I’ve always been about striving for fairness and equal opportunity for all, and I’m a constant and strong supporter of public schools.

In her personal and professional life, Constance can’t be pigeonholed. Her career has taken big turns, some due to fate and some because she wasn’t afraid to change course. At her core, she’s a behind-the-scenes person who says her real job is making people’s dreams come alive.

Early in her career, Constance taught business and marketing at USC, UCLA, and Glendale and Pasadena City Colleges, and founded a boutique consultant firm that specialized in organizational development. Her clients came from medicine, entertainment, and business sectors, and while that work progressed, she decided to pursue an MBA at Pepperdine.

But a funny thing happened on the way to grad school. At a client fundraiser in downtown, she participated in a hat making activity and immediately fell in love with headwear. She put the reigns of her consulting firm into the hands of her partners, and pivoted to study design and millinery at the former Otis/Parsons School of Art and Design, as well as millinery programs in London and New York. Everybody thought I was crazy except for my husband and my mother, she laughed.

Constance also apprenticed with designer Bob Mackie’s head milliner, Carlos Leon, and when Leon left the role, she applied to fill it. She didn’t get it—but after she heard the bad news, she picked up a J. Peterman catalog, saw its hats, and had a flash of confidence. I said to myself, I can do this, and I called Peterman’s head buyer, she said. It’s very interesting when you take the road less traveled. What it taught me was you learn by mistakes and failures, and you will have them. You dust yourself and you get up again.

She went on to open a studio and designed hats for the catalog. She had trunk shows at the Kentucky Derby and England’s Royal Ascot race and started a line of handmade hats that appeared in Neiman’s, Saks Fifth Avenue, Bergdorf Goodman, and Broadway department stores. But then I saw a trend happening, she said. I read a Wall Street Journal article about how Levi Strauss was moving to China to manufacture. I saw the writing on the wall.

Pivoting again, Constance moved from retail to entertainment, and began designing headpieces for Diane Keaton in The Other Sister, two Janet Jackson tours, and the show Dr. Quinn, Medicine Woman—among many others (she doesn’t like to name drop beyond those listed in her online credits). She worked on several opening and closing Olympic ceremonies and served as the head milliner for the Atlanta, Salt Lake City, and Athens Olympics, designing everything from headpieces to winged costumes and puppets. She won two MILLI Awards, the industry’s highest honor, given by the fashion media and millinery buyers.

When she came back from Athens, however, she realized she didn’t want to be away for long stretches anymore. I decided to re-engineer my career again and I started my production company Creative Hub, which combines what I do as a consultant, coach, and mentor, she said

Creative Hub provides design work, consultation, and production services for fashion, art, film, and live entertainment clients. While its client list grew, Constance also had her first introduction to working with local government in 2010. She was hired by the City of Agoura Hills as a cultural arts consultant to create a sustainable city-wide program for the arts. Her work created ongoing opportunities for artists and helped strengthen programs for the annual Reyes Adobe Days. After her success there, the City of Malibu hired her to bring the same kinds of arts implementations to its community.

Constance has known Supervisor Sheila Kuehl for almost 40 years, first through the nonprofit Sojourn, a domestic violence program. In 2015, Kuehl appointed her to the LA County Arts Commission, now the Department of Arts and Culture. I love being an Arts Commissioner and I love being of service to my community, she said. When I was first appointed, I took a deep dive to learn how the Commission functioned, what my duties were, and how I could best contribute. Then last year as president, I realized I had to take even a deeper dive to learn how the Department worked, and how it and the Commission could improve their partnership to be more productive as a team for the people of LA County. I think I have a strong sense of what the staff is going through, and having worked on big Commission projects, I also understand those challenges.

During her tenure as Commissioner, Constance helped drive the development of the Cultural Equity and Inclusion Initiative, which she was involved in from the beginning. She also built infrastructure for future Arts Commission leadership, building a president’s book, meant to onboard incoming Arts Commission presidents. It explains staffing and initiatives, and lays out a roadmap for what she says the Commission’s superpower is—advocacy.

When you’re in arts and culture, you have a voice. You can use it, or you can waste it, she said. That’s why I fought for the Department of Arts and Culture’s budget requests for additional staff this year. How many people said, if you get one or two staff positions, you’ll be lucky? Well, we got all five, and I believe the additional staff will be a game changer for the Department, enabling them to do so much more for our County. I really think we’ve just scratched the service on what the Department and the Arts Commission can achieve.