"I am invested and committed to weaving community solidarity in the Second District, and more broadly in Los Angeles County, through art and culture" —Arts Commissioner Patrisse Cullors 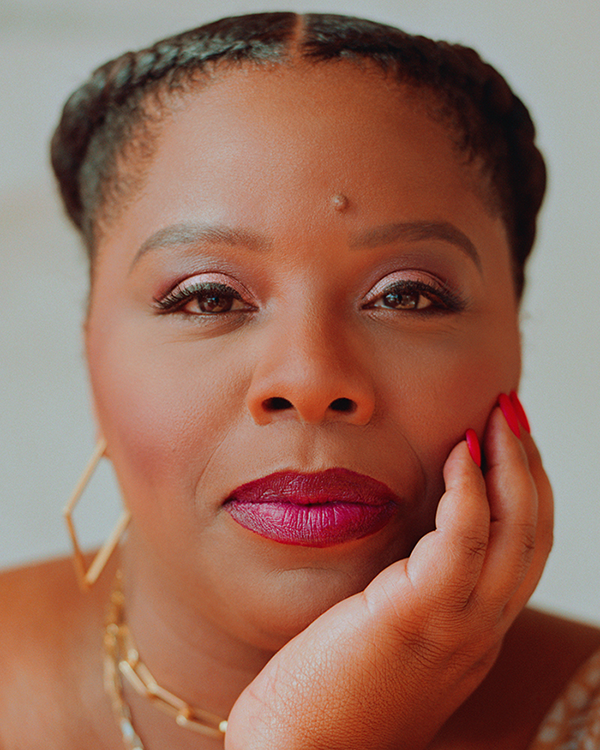 It was not surprising when Second District Supervisor Holly J. Mitchell nominated artist, writer, and community organizer Patrisse Cullors to the Arts Commission last year. They have known each other for more than a decade, back to when Mitchell was in the California State Assembly. “Holly Mitchell has been of service to my South Los Angeles community for a long time,” Patrisse said, “and I think she has seen me to be both a staunch advocate of criminal justice as well as the arts.”

Patrisse brings a breadth of organizing skills to the Arts Commission. She was the Co-Founder and Former Executive Director of the Black Lives Matter Global Network. She has led multiple Los Angeles-based organizations, including Dignity and Power Now, Justice LA, and Reform LA Jails. She’s also a New York Times bestselling author and educator, and as the faculty director of Arizona’s Prescott College’s new Social and Environmental Arts Practice MFA program, she developed a curriculum focused on the intersection of art, social justice, and community organizing that’s the first of its kind in the nation. In 2020, she signed an overall production deal with Warner Brothers, where she intends to continue to uplift Black stories, talent and creators that are transforming the world of art and culture.

Patrisse founded the Crenshaw Dairy Mart with alexandre ali reza dorriz and noé olivas in 2020. It’s an artist collective and gallery with a mission "dedicated to shifting the trauma-induced conditions of poverty and economic justice, bridging cultural work and advocacy, and investing ancestries through the lenses of Inglewood and its communities."

The original Dairy Mart opened in 1965 after the Watts Uprising—the founders didn’t change its name out of respect for its significance in the Inglewood neighborhood. The re-imagined space has featured live events and performance, work from incarcerated artists, and the Open Studio series, which presents international artists from the diaspora, Africa in particular, in dialogue with Los Angeles artists. Its outdoor “abolitionist pod” was first on view at MOCA’s Geffen Contemporary as a part of the LA County Department of Mental Health’s We Rise initiative. It includes fruit and vegetable plants grown by local Black farmers, and the gallery wants to model it across LA County to combat food insecurity.

“I am invested and committed to weaving community solidarity in the Second District, and more broadly in Los Angeles County, through art and culture,” Patrisse said. “We can create meaningful change by investing in our imaginations and collective skills, give dollars towards beautifying our communities with art that is for us and by us, and continue to educate and amplify what justice can look at if we first invest in ourselves. All of these areas of work are areas that the Department of Arts and Culture is also committed to, and I am very excited to join this collaboration as an Arts Commissioner.”

Her goals include bringing more civic art projects to unincorporated parts of the Second District, and open the Department of Arts and Culture’s services up to people who might not know of them. “What I want to do in the next year is have more people in the Second District actually show up to Arts Commission meetings. There’s so much information about grant making and policies, and so much information that I think artists should have and understand.”