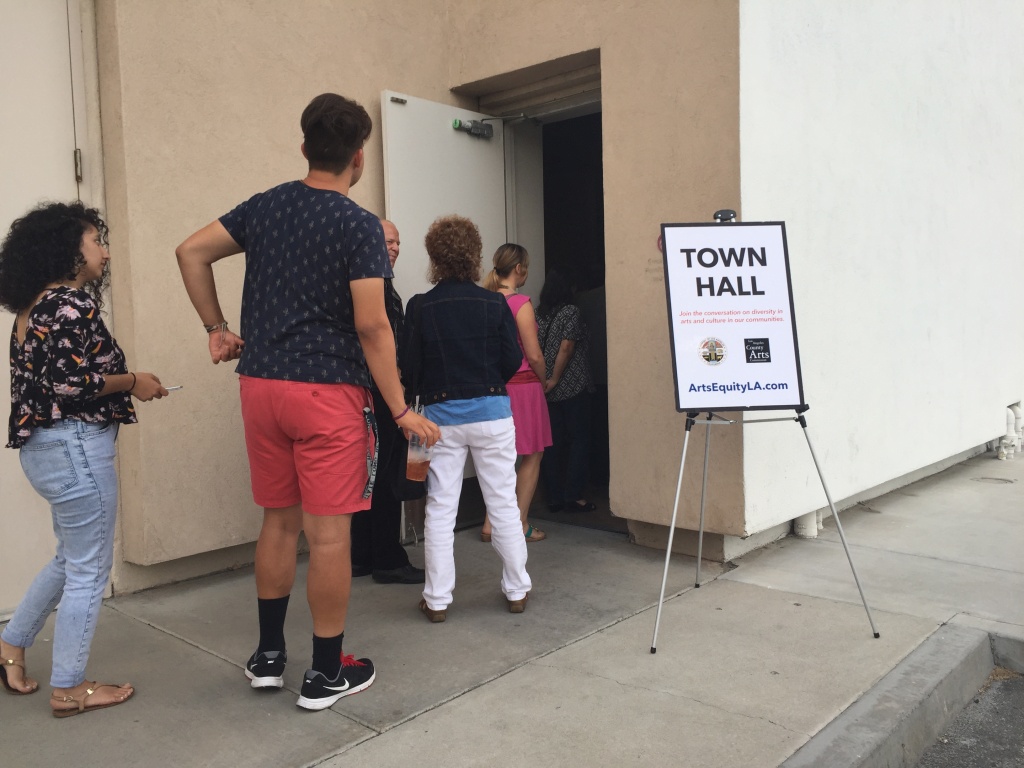 89.3 KPCC reported on the final Cultural Initiative and Inclusion Initiative town hall meeting at the Museum of Latin American Art in Long Beach on June 25, 2016. The final town hall of twelve across LA County, attracted the largest turnout of over 100 artists, arts advocates and other members of the community.

The Los Angeles County Board of Supervisors unanimously approved an arts diversity motion in November 2015 that directs the Arts Commission to establish an advisory committee of arts and community leaders within the County to develop recommendations for ways to enhance the participation and leadership of individuals from underrepresented communities in the arts. Town halls are part of the Arts Commission's process in addressing the arts diversity motion: members of the general public were invited to join the conversation and share their comments, ideas and recommendations where they would take an active role in helping shape the future of arts and culture in LA County.