"I like having my art in a public space because you never know who you're going to help."
—Dora De Larios

On February 7 the Rowland Heights Library re-opened featuring a work from the county collection by the late artist Dora De Larios. The work is a plaster veneer bas relief which was originally created in 1978 when the library first opened.

A life-long Angeleno, De larios was born in Los Angeles to Mexican Immigrant parents. She spent her childhood Downtown before attending the University of Southern California. She graduated in 1957 with a major in ceramics and minor in sculpture to join what has been described as "an eruption" of Southern California ceramic artworks. The LA Times described De Larios as "[an] indefatigable Latina known for speaking her mind and dropping the occasional f-bomb." She was renown for creating monumental architectural artworks, one-of-a-kind sculptures and limited edition functional dinnerware throughout her 60-year career.

De Larios passed away in January of 2018. In honor of her work and legacy, we've put together a feature of some of De Larios' works which are part of the County Collection, and can be seen in libraries across LA County. 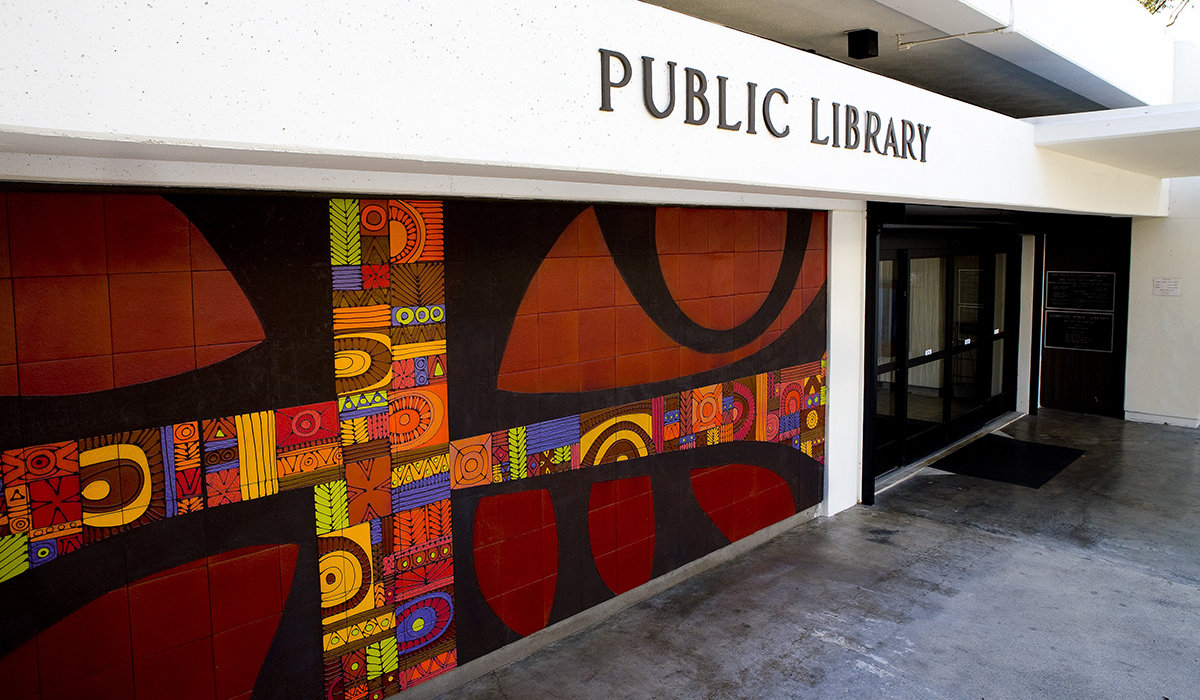 Dora De Larios designed this colorful ceramic tile mural in 1973 as the building was being constructed into the library’s overall plan. The artwork is featured at the library entrance and continues inside the lobby. Red and black glazed tiles outline a curved form in which a multi-colored band of tile is centered. The fluid shape wraps around the outer wall into the inside of the library. 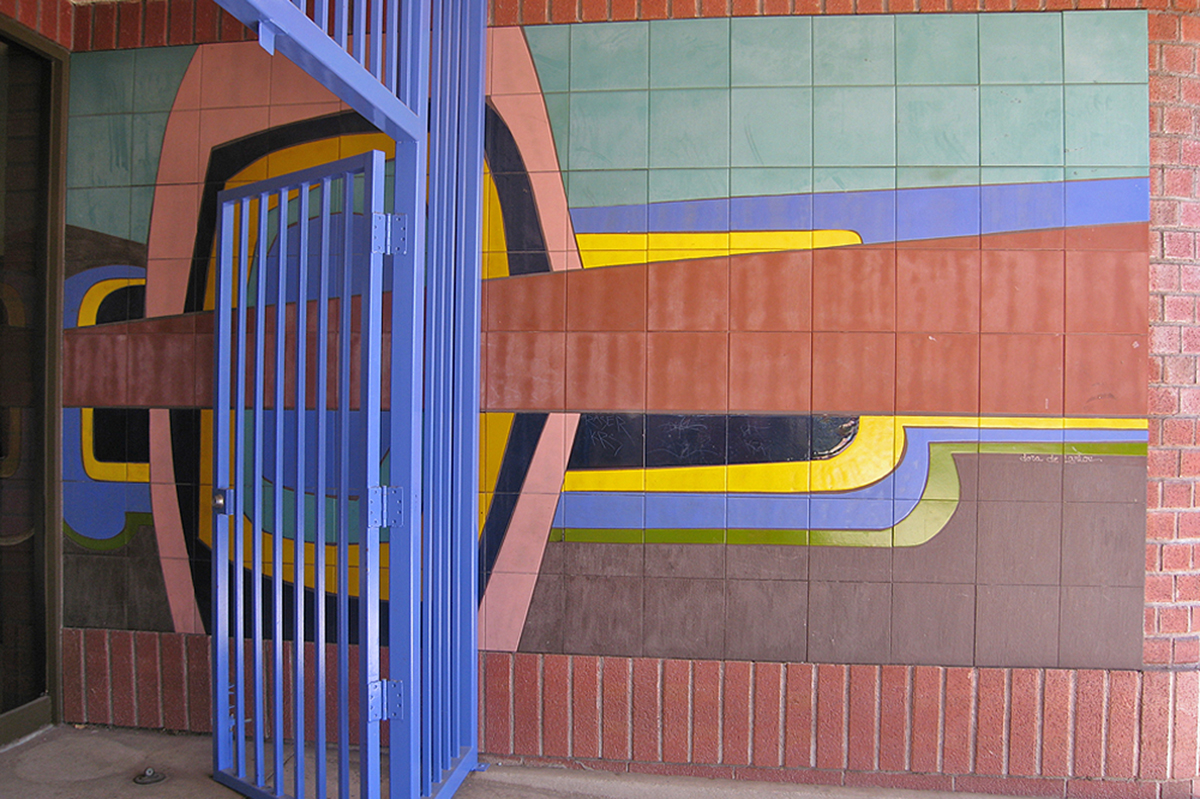 When the Norwood Library was built in 1977, Dora De Larios was commissioned to create a mural for the Library’s entrance. The mural is comprised of ceramic tiles in an abstract and colorful design bisected by a band of brick-colored tiles. The entire artwork is meant to be reminiscent of Pre-Columbian condor and eagle motifs. 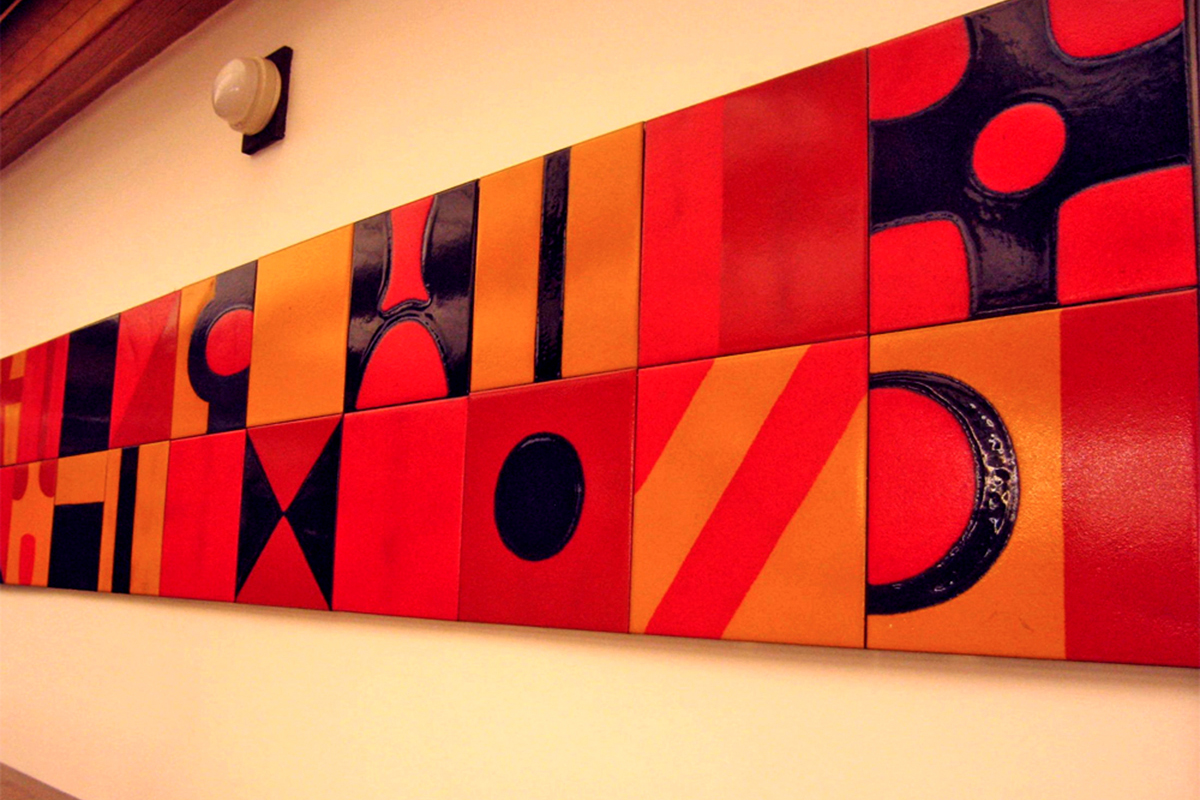 This long ceramic tile mural, commissioned in 1977, lines the Lynwood Library’s east wall. It is composed of two rows of square tiles each featuring a different geometric design and glazed in four colors: red, orange, yellow, and black. Stretching the length of the wall, the band of tiles is playfully interrupted by doorways and alcoves. The mural’s colors combined with its shapes suggest historic Spanish and native California motifs. 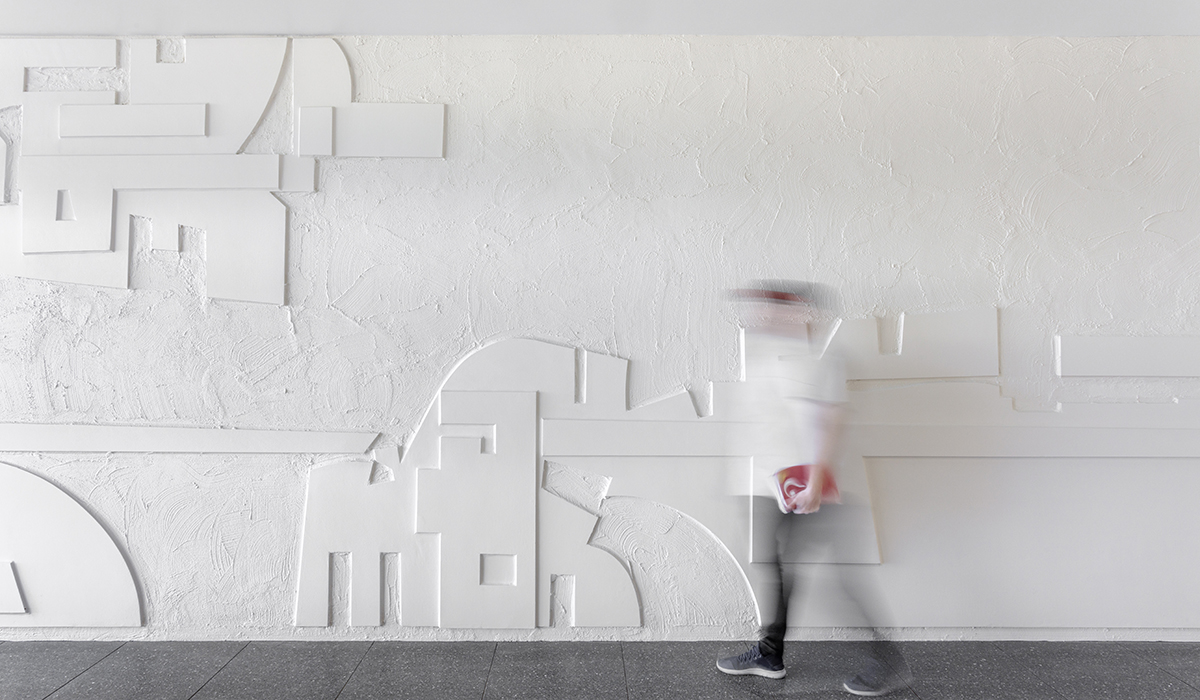 Dora De Larios created this plaster veneer bas-relief mural for the Rowland Heights Library when it was being constructed in 1978. The artwork fills an entire wall in the library’s foyer with an abstract composition of geometric shapes that rise from the floor and descend from the ceiling. Dora De Larios cut all of the mural’s plaster forms and then attached them to the wall. A master plasterer, hired by De Larios, finished the texture of the surface shapes with a steel trowel and used a brush broom for the mural’s background.

want to see more work in the County Collection?