March is Women’s History month and, to celebrate, we’ve gathered together a selection of artworks from the County Collection that have either been created or facilitated by female identifying artists. The artworks in this selection have either been commissioned or acquired by the County, they exist in mediums that range from pencil and paper to a community placemaking project, and many of them are currently on display in public spaces. So if you like what you see, we invite you to head out and experience these wonderful works of art in person!

Selections from the Collection 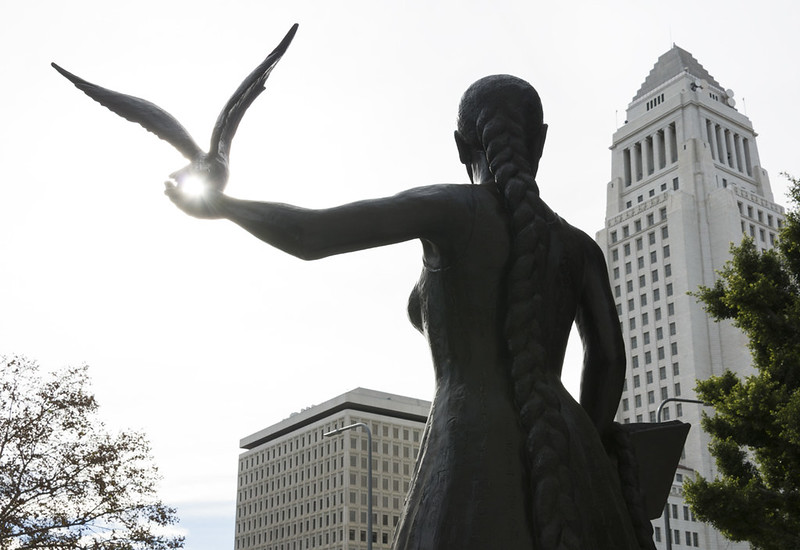 Susan Logoreci’s colored pencil drawings deal with themes of uncertainty and optimism within our cities. Recently her drawings were recreated into mosaic tile and installed in the Sepulveda station on the light rail, Los Angeles Metro Expo Line. They are also in several collections including the US State Department, Citi National Bank, and Creative Artist's Agency. She received a BFA from the San Francisco Art Institute and an MFA from California State University, Long Beach. 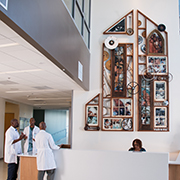 Dominique Moody was born in Augsburg , Germany in the 1950s, but by the age of four Dominique Moody's family relocated to Philadelphia where they moved about like urban Nomads. Creativity came early to her and was nurtured by her family and mentors. This lead to an eclectic artistic background of ceramics, painting, drawing, photograph, and music, and paved the war for her her assemblage work after her eyesight began to change in her late twenties. Inspired by the challenge of seeing differently, Dominique's work has been placed in the collections of private and public spaces in the US and abroad, accumulating awards and grants as she has lived in four countries, five states, and eight cities. 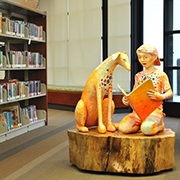 Artist and writer Megan Rice lives in Topanga, California, and works primarily on art books and sculpture. She was born in Mexico City in 1951 and spent her early childhood at Black Mountain College in North Carolina. Megan attended art school in London, England, studied at San Francisco State College, and earned her BA with honors from Mills College in Oakland, California. In 1998 Megan completed a Certificate Degree from Santa Monica College of Design, Art and Architecture. Megan has been teaching art and creativity classes for 34 years. 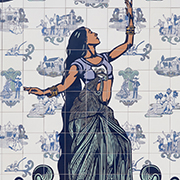 Sonia Romero has exhibited widely in Southern California and beyond. Public works include a mural commission and award at the Gene Autry Museum and the Metro Neighborhood Poster Award. She received her education at the Los Angeles County High School for the Arts and her Bachelor of Fine Art degree from the Rhode Island School of Design, with an emphasis in printmaking. She is the daughter of renowned artists Nancy and Frank Romero, and the granddaughter of Frank and Edith Wyle, founders of the Craft and Folk Art Museum in Los Angeles, California. 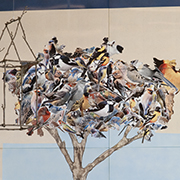 Lynn Criswell is a California artist who resides in Chico. Criswell's work has been exhibited in gallery around the country, and she has multiple public art commissions/residencies in California and abroad. 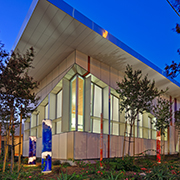 Louise Griffin is a Los Angeles-based artist who is transitioning from an architecture to a studio art practice. Her work demonstrates a deep commitment to environmental sustainability and community. This commission will result in her first permanent public art installation. Griffin received her MA from UCLA and completed her thesis at the Royal Academy of Art, Architecture School, in Copenhagen, Denmark. 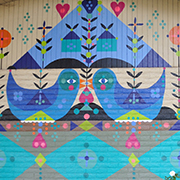 Bunnie Reiss was born in Maryland, but raised mostly with the wide-blue sky’s of Colorado. Her work is heavily influenced by her Eastern European background, with its tradition of folk art, bright colors, and community engagement. She has shown extensively in both the United States and around the world, in galleries, alternative spaces, bookstores, abandoned buildings, fields, forests, or any place that seems to need a little extra magic. Her brightly colored folk murals decorate many countries and can be found all over the world. Los Angeles, Mexico, Italy, Paris, India, Philippines, Detroit, Milwaukee, New York, and San Francisco are just a few places you would likely stumble upon one. 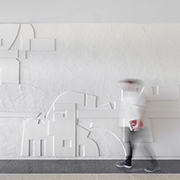 Dora De Larios lived in the Los Angeles area all her life. Born to Mexican parents, she spent her childhood downtown near Temple Street. In 1957 she received a BFA from USC. The ethnic diversity of Los Angeles, as well as her extensive travels and study of world religions and ancient art at USC, led to the development of her pan-cultural style. De Larios’ public works include sculptures in Hawaii, New Jersey, Florida, Tahiti, Japan, and numerous cities in southern California. She also created a ceramic dinner place setting for the White House. From 1959, she was featured in over 50 gallery shows and museum exhibitions including the Craft and Folk Art Museum in Los Angeles and the Smithsonian’s Renwick Gallery in Washington, D.C. De Larios passed away in 2018. 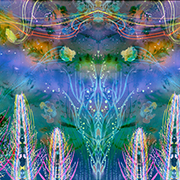 As a native Californian, Christine Nguyen has always had an affinity for the ocean, nature, and wildlife. Growing up with her father, who was a fisherman, she was able to develop a natural curiosity for science. She writes, My work draws upon the imagery of science, but it is not limited to the technologies of the present. I imagine that the depths of the ocean reach into outer space, that through an organic prism, vision can fluctuate between the micro- and macroscopic. Her exhibitions include solo shows at the UCLA Hammer Museum in Westwood, Bergamot Station in Santa Monica, galleries in Long Beach, San Pedro, New York, San Francisco, Germany, and Hong Kong. 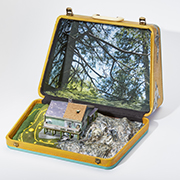 Kim Abeles is an artist whose community-based projects explore biography, geography, and environment. She has created projects with the California Science Center, air pollution control agencies, health clinics and mental health departments, and natural history museums in California, Colorado, and Florida. Abeles received the 2013 Guggenheim Memorial Fellowship, and she is a recipient of fellowships from J. Paul Getty Trust Fund for the Visual Arts, California Community Foundation and Pollack-Krasner Foundation. In 1987, she innovated a method to create images from the smog in the air, and Smog Collectors brought her work to national and international attention. Abeles’ journals, books, and process documents are archived at the Center for Art + Environment, Nevada Museum of Art. 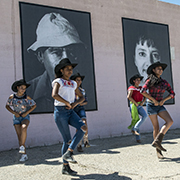 Robin Rosenthal has been guiding Real93543 since 2015. Rosenthal taught studio art in San Antonio, and exhibited her experimental video art throughout the Southwest before coming to Los Angeles to work in film and television. her award-winning work as a Documentary producer draws from her background as an artist, education, and motion picture professional. She designed the visual aspects of Positively Littlerock—a placemaking project for the rural Southeast Antelope, engaging residents in a collaborative, creative process to strengthen ownership and social connection in the 93543 zip code. 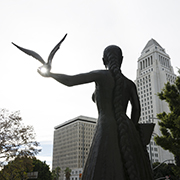 Alison Saar was born, raised, and educated in Los Angeles, California. She has shown her work in museums internationally and has pieces in many major museum collections, including the Los Angeles County Museum of Art, Metropolitan Museum of Art, Whitney Museum of Art, and Hirshhorn Museum & Sculpture Garden. Embodied was her eighth major public commission.

Many of the artworks highlighted in this story are on display in public locations across the county. Below, you will find links to more information about those artworks, as well as an address where you can see them in person. 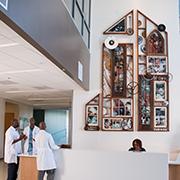 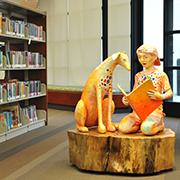 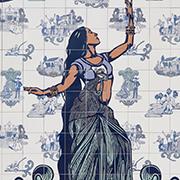 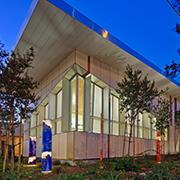 'The Coming Together of a Community' 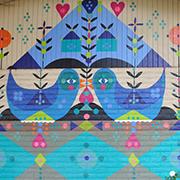 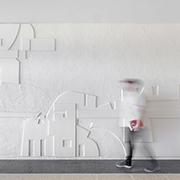 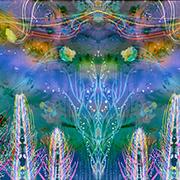 'Where the Sea and Cosmos Meet' 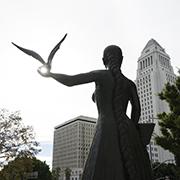