"There’s so much talent in the smaller organizations, but we need the boards, the infrastructure, and the resources to apply for all the grants. That’s what I’m passionate about right now—building infrastructure. I think I can make a difference with my voice. I have the tools now." —Pamela Bright-Moon 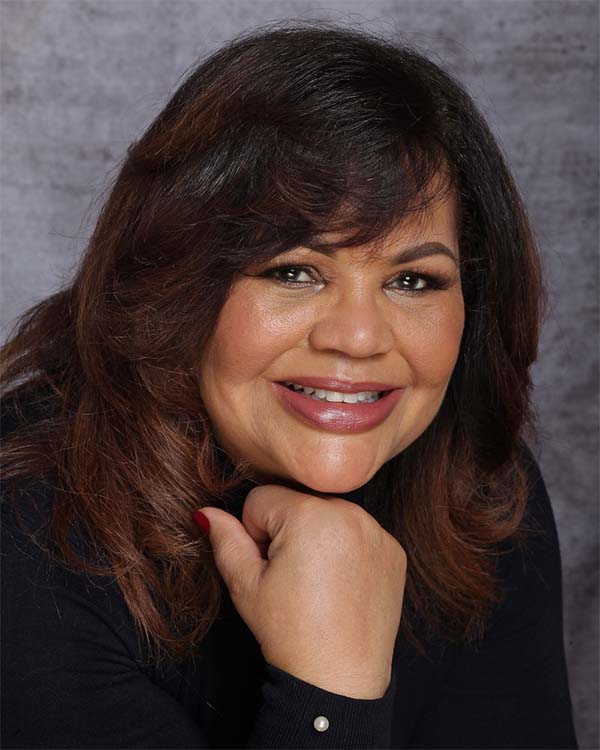 Pamela Bright-Moon’s journey in the arts may have started behind the scenes in television but she now finds herself centered in something much broader—the intersection of arts, community, government, and advocacy.

It all started in the CBS Television City mailroom, after which Pamela took advantage of every opportunity that presented itself, and many opportunities that she created herself. She learned production on daily newscasts during a two-year stint in Las Vegas working at KLAS-TV. She worked in post-production houses in Hollywood, she provided slow motion instant replay for Dodger games and after returning to CBS, she began her technical career in the Videotape Department, recording and playing back primetime shows for the network. She was also an Edit Assistant for the soap opera, The Young and the Restless. Through it all, she was usually the only woman on the team. At the close of this first career chapter, she had worked her way up to broadcast engineer in "Satellite Transmission," which means she managed the people and the technology that fill your TV with network news and syndicated, prime-time, and live television programming.

Pamela says that many times in her life, there’s a point at which she knows she needs a "growth spurt," and she pivots her career and passions in response. So, still working in TV by day, she started her own video production company, With Grace Productions in 2006, and began to create promotional videos for organizations in the community. Her first client was her church, Holman United Methodist, and she soon became Holman’s Community Action Chair. When politicians would show up for Sunday service meet and greets—a campaign tradition in American politics—it was Pamela that coordinated them. One of her clients was former State Assembly Member, Mark Ridley-Thomas, who hired her to produce video packages for Empowerment Congress events.

Pamela joined the 10th District Women’s Steering Committee a political organization founded by Councilmember Dave Cunningham, and she was a 2009 alumna of the Los Angeles African American Women’s Public Policy Institute, (LAAAWPPI), which acclimates women who want to engage in politics and civic leadership. When Ridley-Thomas became a County Supervisor, she pursued—and was selected for—a position on the Los Angeles County Arts Commission, representing the Second District.

Commissioner work taught her how County money and Commission grants flowed through the Second District. She was struck that some of the smaller organizations were left out, and advocating for—and implementing—equity became a new passion. She helped develop the Arts Commission’s innovative new Community Impact Arts Grant Initiative, which began in 2015 and targeted social justice and service organizations that make arts resources available to people who might not experience them through traditional art venues. She was President of the Arts Commission in 2017, when the groundbreaking Cultural Equity and Inclusion Initiative began to make good on its 13 recommendations "to ensure that everyone in LA County has equitable access to art and culture."

Pamela was so interested in having intelligent conversations with artists and arts administrators that she went back to school in 2016, getting a Master of Arts in art history from Azusa Pacific University. In 2019, she started the nonprofit organization, Moon Global Foundation, which fosters opportunities for youth and adults in the media and arts and her newest endeavor adds a physical space to that mission—Moon Global Studios is a production facility currently in construction in Inglewood and will open in Spring 2022. She is making her directorial debut on the feature documentary, Respect My Crown: The Rise of African American Women in California Politics, and is in post-production on the feature documentary, A Greater Legacy The 100 Year Journey Of Sigma Gamma Rho Sorority, Inc., about the history of the sorority established in 1922. She is as devoted as ever to the Second District, and in the arts advocacy that has become the second chapter in her career.

"The Second District art community is growing and flourishing—the Lucas Museum of Narrative Art, Destination Crenshaw, the Vision Theatre, the new architectural designs by renowned architect Frank Gehry at the Beckman YOLA Center, the Children’s Institute’s Watts Campus, the Academy Museum, the stadiums, the LACMA satellites. But there’s still a ton of room to grow," she said. "There’s so much talent in the smaller organizations, but we need the boards, the infrastructure, and the resources to apply for all the grants. That’s what I’m passionate about right now—building infrastructure. I think I can make a difference with my voice. I have the tools now."