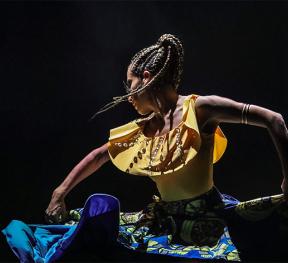 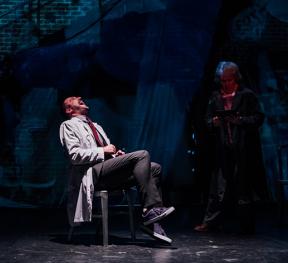 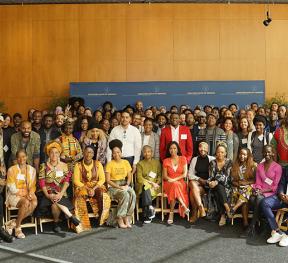 An application workshop for the 2020-21 Community Impact Arts Grant (CIAG) for new and returning applicants. These workshops will include information on the CIAG application including a review of the guidelines, eligibility requirements, and tips on submitting a strong proposal.

Potential applicants are invited to discuss the RFQ process with LA County Department of Arts and Culture Civic Art Program staff at the Artists’ Civic Art Application Process Workshop. This workshop will cover the application process and strategies for successful portfolio submissions for a range of upcoming Civic Art opportunities.

The Blue Breeze Band provides you and your guests with an experience only found within a dance floor-packing-Motown-R&B-Soul-Funk-band…Great vocals with rich harmony, a tight rhythm section with dynamic horns all work together to ensure that the air at your event is filled with funky soul and rhythms!

Participants will be guided in reflecting on how their organizations’ missions and core values align with and support the goals of the Cultural Equity and Inclusion Initiative (CEII). All workshop participants will leave with a beginning draft statement, policy, and plan as well as strategies for communicating with their boards to allow for adoption in advance of the fall Organization Grant Program application period.

Attendees should bring a copy of their organization’s mission statement and core values (if applicable).

All current and prospective OGP grantees applying in fall 2019 are welcome to attend, particularly those that do not yet have formal cultural equity policies or plans, (as relates to staff, board, and/or programming) in place. Attendees should be individual(s) who have influence and ability to engage the organization’s staff and board in this work, and/or have a current role and responsibility related to the organization’s cultural equity work. Teams from organizations, including board members, are strongly encouraged to attend.

The Fort Moore Pioneer Memorial is the largest bas relief military monument in the United States that is located at the actual site it commemorates. Originally dedicated in 1958, it is set to be rededicated on July 3, 2019.

The monument features a terra-cotta memorial wall, an 80-foot waterfall, and a pylon/flag pole. Its memorial wall depicts scenes of the migration, settlement, and expansion of Los Angeles after the Mexican-American War. Since 2016, the LA County Arts Commission and Public Works have been working to restore the monument. The pylon and flag pole commemorate the site of the original Fort Moore, where Los Angeles’ first US flag was flown, and the first local Fourth of July was celebrated.

At the July 3 re-dedication, visitors will see the waterfall, which has been turned on again for the first time in almost 42 years and has been made more environmentally sustainable. There will also be a new time capsule sealed during the ceremony—containing stories, memories, and mementos that represent LA County’s cultural, geographic, and historic diversity.

Potential applicants are invited to discuss the RFQ process with LA County Department of Arts and Culture Civic Art Program staff at the Artists’ Civic Art Application Process Workshop. This workshop will cover the application process and strategies for successful portfolio submissions for a range of upcoming Civic Art opportunities. Questions raised in the workshop will be posted publicly on the Arts Department website by July 8, 2019.

The Baroda Wall, an abstract sculptural poem by artist Brad Howe, was graciously donated to the LAC + USC Medical Center by technological entrepreneur and philanthropist David Bohnett. The artwork is composed of 51 individual sculptures which decorate the walls of the Medical Center Plaza and Rand Schrader Clinic, adding to the growing and diverse art collection on campus.

We all possess our own special collection of success stories that bear witness to the singular power of the arts to bring about positive growth and transformation in our students. How can we better understand the ways in which the arts have become particularly applicable to social emotional learning? How are districts developing systems to support the arts in SEL applications?

Please join us on December 6th at Centrepoint to convene with your colleagues in a discussion of the emergent priority around social emotional learning. We will engage in an interactive, arts-infused agenda to share and explore the strategies that our districts are using to achieve equity in arts instruction, to support school climate and to promote arts integration beyond academic outcomes into SEL.

Intended audiences for this convening are district visual and performing arts leaders, TOSAS and arts specialists.

The "Virtual Reality Arts Education" prototype is part of the Arts Education Innovation Lab's efforts to achieve equity at scale in arts education for youth in LA county. Through the use of VR technology, collaborators hope to scale up arts education by transporting students to new realities in the arts and other content areas. In this think tank, participants will discuss vision, strategy, and concept planning surrounding the development and implementation of this work in LA County schools.

This session will Include

We are excited to announce the first joint meeting of art and STEM Leaders. Hosted by our partners at the LA County Office of Education (LACOE), we will explore STEAM through the lens of the California Science Center's blockbuster exhibit, King Tut: Treasures of the Golden Pharaoh. This meeting will provide District Art Coordinators and STEM leaders with technical assistance in implementing STEAM education in their districts.

Event attendees will: Listen to an orientation about the exhibition

Participants will also receive resources for professional development, updates on local initiatives, and district and site level planning. All materials will be provided